What is Gulf War Syndrome?

If you’ve ever wondered “What is Gulf War Syndrome” stay tuned because this high-value blog post is for YOU!

Gulf War Syndrome impacts thousands of veterans who deployed to the Persian Gulf during their service. Also known as Gulf War Illness, the term refers to unexplained chronic symptoms that are usually lifelong.

If you are experiencing health concerns that may be associated with Gulf War Syndrome, you aren’t alone. An estimated one-third of all Gulf War Veterans experience symptoms.

Unfortunately, each person experiences the symptoms of Gulf War Syndrome differently. This makes it very difficult for health care providers to recognize and treat Gulf War Syndrome effectively from person to person.

The symptoms of this syndrome are also often confused with other conditions. Many healthcare providers are not familiar with Gulf War Syndrome, and the illness can easily be mistaken for other conditions. This contributes to the fact that 80% of VA claims for Gulf War-related disabilities are denied.

Further complicating the issue, until recently, VA training on this illness was optional for medical providers.

You must document your symptoms and understand the VA Claims process to stay informed about what you are legally entitled to as a veteran.

If you know someone who has been diagnosed with Gulf War Syndrome and experiences different symptoms than you, don’t rely on their symptoms for self-diagnosis.

Get your butt to the doctor!!!

This health issue is so wide-spread that Gulf War Syndrome receives national-level attention. Congress created a federal advisory committee in 1998 to make recommendations to the Secretary of Veteran Affairs on how military service during the Gulf War impacts veterans’ health.

With this federally mandated research, reports have confirmed that there is a link between chronic illness and Gulf War service; however, the exact cause is still unknown.

Although extensive research started in the mid-’90s, the direct cause of the syndrome remains unexplained. There is no single source or exposure identified that is known to cause Gulf War Syndrome. However, there is an extensive list of possible causes, so note any of the following exposures listed below and make sure you discuss these with your provider.

Studies conducted by the Institute of Medicine are inconclusive, but the list of possible causes includes exposure to:

If you are a veteran experiencing Gulf War Syndrome symptoms, you may be experiencing a combination of two or more of the symptoms listed below.

Keep in mind that the VA recognizes Gulf War Syndrome as “Medically Unexplained Illnesses,” and symptoms must be chronic, existing for six months or more:

Any of the following symptoms are signs of an undiagnosed illness:

Although there is a higher risk of additional illnesses, including depression, PTSD, and diabetes, the VA does not necessarily attribute these to Gulf War Syndrome.

Who is at Risk for Gulf War Syndrome?

More than 650,000 Service Members served in Operation Desert Shield and Desert Storm in 1990 and 1991. With an estimated one-third of service members experiencing Gulf War Syndrome symptoms, it is a severe concern for many veterans.

The VA recognizes Gulf War service in the Southwest Asia area of military operations from Aug. 2, 1990, onward as the potential to develop long-term health problems. Any Veteran who served from this date onward meets the wartime service requirements. This includes Operation Iraqi Freedom and Operation New Dawn.

The VA defines the Southwest Asia theater of military operations as:

Most recently, the VA has expanded Gulf War Syndrome to service in Afghanistan. Learn more here.

The good news is that the VA recognizes Gulf War Syndrome as a “presumptive” service disability. This means that the VA assumes certain disabilities were caused by military service. You qualify if you served in the Southwest Asia Theater of Operations, have a condition that began within one year of your date of separation, and is at least 10 percent disabling by Dec. 31, 2021.

The bad news is that with presumptive service disabilities, many veterans assume they automatically qualify for disability compensation for serving during a specific time and place regardless of symptoms.

The burden is on you to prove that you have the disabilities mentioned above. If you have symptoms that can be related to a previously diagnosed illness, chances are the VA will deny your claim.

Unfortunately, the VA has not yet decided on one clinical case definition for Gulf War Syndrome. Understanding the two main case definitions helps you recognize if the VA will provide disability compensation for you.

The two primary clinical case studies the VA uses, both recognized by the National Academy of Medicine, originate from the CDC and the Kansas Case Definitions.

At least one symptom from two of these three categories:

At least one symptom in three of these six categories:

Under the traditional VA disability compensation process, the veteran has to prove the connection between their military service and the illness they are claiming to receive compensation. However, keep in mind that with Gulf War Syndrome, if you experience any of these symptoms for six months or longer, you will automatically receive compensation if these are at least 10 percent disabling. Within the VA, Gulf War Syndrome falls under the umbrella of chronic multisystem illness (CMI).

The good news is that with so many Veterans impacted by this illness, there are tools for Veterans through the VA that exist, even if you’re not enrolled in VA health care. Several health care benefits exist for Gulf War Veterans with no need to prove service.

Your provider will be looking for long-term health conditions related to environmental exposure during this exam. You’ll discuss possible exposures and overall medical history with your provider.

Bringing your deployment history and medical records from civilian providers, along with you, is essential to document any possible exposures. Be as thorough as possible, and note specific locations and dates. If you remember any possible exposures of concern mentioned above, make sure to bring those up with your provider and document them.

Additionally, expect a physical exam as well as lab tests to be done. A VA health provider will discuss results face-to-face with you as well as in a follow-up letter.

Even if you are in a remote location, don’t let this stop you from receiving your no-cost exam! The Orlando VAMC recently started utilizing telehealth for registry exams. You’ll join an encrypted virtual medical room on your computer with your provider. Physical exams are now possible with the use of virtual equipment that uses the zoom function of your camera.

The Airborne Hazards and Open Burn Pit Registry enables veterans to take an online questionnaire to document environmental exposures from their service. This registry helps you identify changes in your health over time. Not only is this a helpful tool for Veterans, but it helps the VA understand and respond to health problems more effectively.

There are 3 locations you can seek treatment. The WRIISC specializes in helping veterans with difficult to diagnose illnesses or those with health issues originating from deployment.

E-consults are available for veterans. You can also find out how to obtain a referral here if you have medically unexplained symptoms, many tests, and treatment with no improvement, or deployment-related exposures.

How to Claim Gulf War Syndrome

If you decide to file for disability compensation for Gulf War Syndrome, there are two paths you can take here: filing for medically unexplained diagnosed chronic illnesses (Fibromylagia, Chronic fatigue syndrome, etc.) AND / OR undiagnosed illnesses.

If you are filing for a medically unexplained diagnosed chronic illness, be smart. Filing for diagnosed and undiagnosed illnesses with the same symptoms will slow down the claims process, resulting in denial.

Here is a list of redundant symptoms that you would not claim if you have already been diagnosed with one of these illnesses:

Make sure that your examiner has your statements and research from the VSO sent in with your claim. You need to document symptoms as much as possible. Providing complete medical records, including any records from civilian doctors, is vital. This is known as “objective medical evidence”.

You can learn more about filing a claim for disability compensation here.

It can be challenging to get treatment because of the symptoms that Veterans experience can be easily dismissed as insignificant by the health care system if this applies to you, document symptoms as much as possible.

If you have been diagnosed with Gulf War Syndrome, expect your provider to help create a plan for care that is tailored specifically to you. Since symptoms vary so much from person to person, keep in mind there is no one approach to managing symptoms. What works for someone else may not work for you.

The goal is to treat each symptom individually and create strategies to manage symptoms. Many veterans impacted by Gulf War Syndrome find that cognitive behavior therapies and improving lifestyle habits improve the overall quality of life.

How to Get a VA Rating for Gulf War Syndrome

Did you know you can work with VA Claims Insider in our premier education-based Mastermind program to win, service connect, and get rated at the appropriate level under the law?

We coach Veterans on getting the VA disability they deserve in LESS time.

If you’ve tried to file for a gulf war claim before and been denied, get connected with a VA claim expert TODAY!

We’re Veterans helping Veterans Worldwide™, and since 2016, we’ve helped 10,000+ veterans just like you INCREASE their VA disability rating by an average of 30%.

Ready to get started for FREE? Click ==> HERE NOW to complete our 3-step intake process. <==

This post is a deep-dive into the Washington State Veterans benefits you can expect if the Evergreen state is your... continue reading 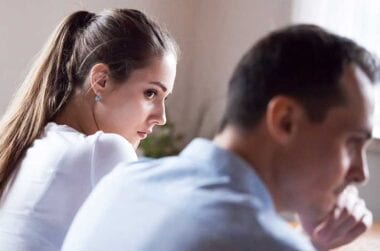