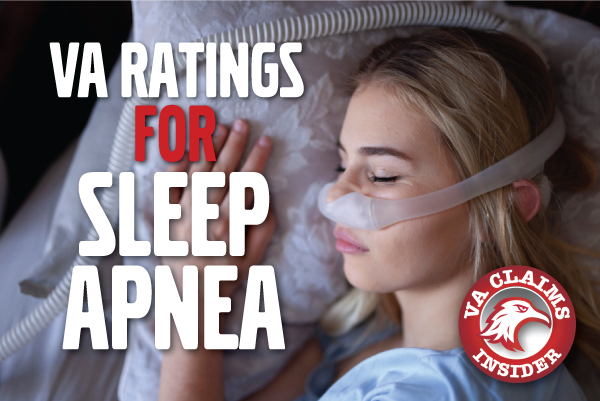 In this post, we will be exploring how to get a VA Rating for Sleep Apnea.

The highest possible scheduler VA disability rating for Sleep Apnea is 100%, which includes symptoms such as, chronic respiratory failure with carbon dioxide retention or cor pulmonale, or; requires tracheostomy.

Okay veterans – let’s take a minute to explore the law regarding the symptoms and level of impairment required to warrant a VA disability rating for Sleep Apnea.

#2. How to Service Connect Sleep Apnea secondary to PTSD

#3. Do I Need a Spousal Letter to Support My Sleep Apnea VA Claim?

Many veterans suffer from various sleep conditions due to their military service, to include Sleep Apnea—a sleep disorder whereby breathing repeatedly stops and starts during sleep (apneic episodes).

In fact, did you know U.S. military veterans are nearly four times (4x) as likely to have or develop sleep apnea when compared to those who didn’t serve in the military?

Veterans, do you think you might have Sleep Apnea?

Here’s a quick litmus test: If you snore during sleep, are tired during the day (maybe you take frequent naps), and stop/start breathing while sleeping (gasping for air), chances are you might have Sleep Apnea.

According to the Mayo Clinic, “Sleep Apnea is a potentially serious sleep disorder in which breathing repeatedly stops and starts.”

The 3 main types of Sleep Apnea are:

Many veterans have or develop Sleep Apnea and common signs and symptoms include:

If you suffer from any of these symptoms, it’s highly recommended to see a doctor right away.

You may need to undergo a Sleep Study to determine if you have Sleep Apnea.

Is Sleep Apnea a VA Disability?

The most common VA rating for Sleep Apnea is 50%, which requires the use of a breathing assistance device such as Continuous Positive Airway Pressure (CPAP) machine.

Pursuant to Diagnostic Code 6847, VA disability ratings for Sleep Apnea are as follows:

Many veterans with Sleep Apnea, especially those who were diagnosed long after leaving the military, might still be eligible if medical evidence shows your Sleep Apnea is proximately due to or aggravated by another service-connected disability such as musculoskeletal conditions and/or mental health conditions.

A showing of causation requires that the secondary disability be shown to be “proximately due to,” or the result of, a service-connected disability.

By law, there are three elements that must be satisfied for Sleep Apnea Secondary VA Claims:

The third part can be satisfied with a Medical Nexus Letter, aka, Independent Medical Opinion (IMO) from a qualified medical professional.

Did you know there are more than 50 conditions that can be medically linked to cause or aggravate sleep apnea?

>> Click HERE now to get your FREE copy of my eBook: “The Insider’s Guide to VA Claims for Sleep Apnea.” <<

A C&P exam for Sleep Apnea might involve a physical examination and review of your medical history and severity of symptoms over time.

However, sometimes a VA C&P examiner (such as a Nurse Practitioner) will call you on the telephone and conduct an Acceptable Clinical Evidence (ACE) exam review of your Sleep Apnea claim.

You’ll want to explain to the C&P examiner HOW your Sleep Apnea condition is limiting or affecting your work, life, and social functioning.

For example, maybe your Sleep Apnea so severe, that you have difficulty working and lose productivity throughout the day due to frequent napping.

Maybe you’ve gained a significant amount of weight due to your other service connected disabilities, which has limited your ability to walk, run, or workout, and this is the “interim link” to secondary service connection due to weight gain (obesity).

It’s also important to document whether you have a breathing machine, such as a CPAP or BiPAP, as this is the most common difference between the 30% and 50% VA rating for Sleep Apnea.

Brian Reese is a VA disability claims expert and founder of VA Claims Insider: “The Most Trusted Name in Education-Based Resources for Veterans.”

He is also the CEO of Military Disability Made Easy, which is the world’s largest free searchable database for all things related to DoD disability and VA disability, and has served more than 6,000,000 military members and veterans since its founding in 2013.

Veterans can download one of his #1 most downloaded FREE eBooks right here right now: “The Secret Guide to 833 Ratable VA Disabilities” by clicking HERE now.

Brian is a former active duty Air Force officer with extensive experience leading hundreds of individuals and multi-functional teams in challenging international environments, including a combat tour to southern Afghanistan in 2011 in support of Operation ENDURING FREEDOM. 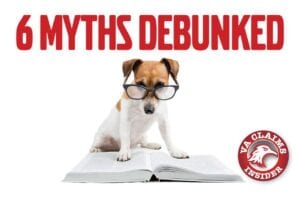 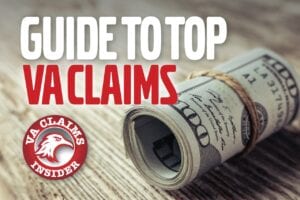 VA Claims Made Easy: The Definitive Guide to the VA Disability Compensation Program 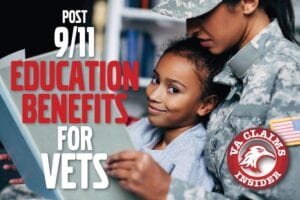