Drone footage captured above Fort McClellan reveals the stunning natural beauty of the rolling hills surrounding the grounds of the former Army base near Anniston, Alabama. But there is more to Fort McClellan’s story than what meets the eye.

From 1917 and up until its closure in 1999, Fort McClellan has housed hundreds of thousands of military personnel. Many may have been exposed to various hazardous materials, including radioactive compounds, chemical warfare agents (including mustard gas and nerve agents), and polychlorinated biphenyls (PCBs).

Exposures to high levels of these compounds have been shown to cause adverse health effects (in both humans and lab animals). And although the VA states there is no evidence of exposure at levels needed to produce long-term health effects having occurred at Fort McClellan, it may still be worth your time to learn more about dangers associated with these toxins.

Why was Fort McClellan closed?

In 1999, Fort McClellan was closed as part of the Army Base Closure and Realignment Committee (BRAC) program. The BRAC program is part of a government effort to increase Department of Defense (DoD) efficiency by realigning or closing some U.S. military bases. This process is run by a BRAC Commission consisting of a nine-member independent panel chosen by the President. The first BRAC closings were in 1988, and there have been BRAC rounds in 1991, 1993, 1995 and 2005, with over 350 installations closed.

BRAC legislation required the environmental cleanup of Fort McClellan before its transfer to the public domain. This cleanup is standard practice at all locations and ensures environmental compliance (under federal and state environmental laws and regulations).

The EPA commonly assists with cleanups, stating “Because these facilities often encompass hundreds of acres with buildings, roads, and other infrastructure, their effective and efficient cleanup and reuse can play a pivotal role in communities’ economic development.”

Once cleanups are complete, redevelopment of the land can begin. The goal is to help local communities put these properties into economically beneficial use as soon as possible.

Fort McClellan has a long history of chemical exposure. From as early as the 1920s, the installation served as a location for scientific research, as well as for Army and Alabama National Guard training.

Congress purchased the property in March 1917, just weeks before the U.S. declared war on Germany in The Great War (World War I). Fort McClellan (named Camp McClellan until 1929) was used as an Army training and mobilization center. Later, the base became a demobilization station and chemical warfare training ground.

Additionally, for the 42-year period ending in 1972, the nearby Monsanto chemical plant polluted the water and airways surrounding Anniston, AL, with toxic chemicals—including PCBs.

Could I have been exposed to toxins at Ft. McClellan?

Yes, it’s possible. Between 1927 and 1999, over 600,000 troops were likely exposed (either directly or indirectly) to a variety of toxins at Fort McClellan, including radioactive compounds (cesium-137 and cobalt-60), chemical warfare agents (mustard gas and nerve agents), and airborne polychlorinated biphenyls (PCBs).

Indirect exposure likely came through the air, soil, and water that the toxins polluted, while direct exposure was more likely if you participated in chemical weapons training.

The pollution came from both the military installation and the nearby Monsanto chemical plant. Monsanto settled a class-action lawsuit with the local community residents of Anniston and Pelham in 2003 (the veterans who lived and trained at the Fort were not included in that lawsuit).

What chemicals were stored at Fort McClellan?

Beginning in the 1920’s Fort McClellan stored a variety of chemicals, including:

These toxins were stored at Fort McClellan, and many were later destroyed in the incinerator. Over time, some of the toxins kept in containers ended up leaking into the soil, creeks, streams, and aquifers that fed the wells at Fort McClellan. This leak was regarded as a disaster by the National Wildlife Refuge nearby.

What illnesses are associated with these toxins at Ft. McClellan?

Listed below are compounds and their associated health effects that the VA acknowledges are specific to Fort McClellan.

Large amounts of Cesium can cause cell damage.

High levels of Cobalt exposure can cause cell mutations (and may cause development of some types of cancers).

Should I file a VA claim for chemical exposure at Fort McClellan?

Claims related to toxic exposure at Fort McClellan are not the easiest to win, but it can be done. Much is still unknown about the long-term health impacts of many of the chemicals used at Fort Mcclellan, but an independent medical opinion can help link disability conditions to exposures at the base.

If you believe you have a disability condition related to exposure from your time at Fort McClellan, it’s vital that you obtain a professional medical opinion.

The VA has not established regulations that would give any presumptive service connections for any health conditions associated with service at Fort McClellan. In order to become service-connected for disabilities resulting from exposures at Fort McClellan, veterans will need to establish a nexus between the exposure and the claimed disability condition.

Get help with your claim—and the compensation you deserve.

Regardless of whether you spent time at Fort McClellan, it’s important to pursue monthly compensation and benefits for any disabilities connected to your military service. 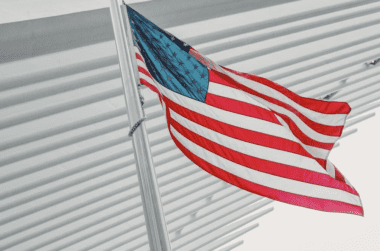 For almost anyone who was alive at the time the Twin Towers fell on September 11, 2001, it’s probably hard to believe that two full decades have passed since that shocking and devastating day in... continue reading