Veterans: How to Get a Bronchitis VA Rating (Ultimate Guide)

Healthy adults don’t usually think about breathing. We take about 20,000 breaths each day. Still, it’s a constant struggle for veterans with bronchitis that can severely impact their quality of life. Our goal in this guide is to show you the evidence you need and the steps to take to file a successful claim to earn a bronchitis VA rating.

Thousands of veterans suffer from respiratory disabilities. In a study of veterans, the VA found that nearly 14% suffered from a respiratory condition, including bronchitis, asthma, or COPD.

In this article, we address chronic bronchitis. The VA recognizes bronchitis as a disability and awards disability compensation at 10%, 30%, 60%, and 100% for veterans who meet specific criteria.

IMPORTANT UPDATE: Chronic bronchitis VA claims for many Gulf War and post-9/11 veterans are now covered under presumptive service connection for the PACT Act of 2022. Read on to learn more about how this new change may apply to you.

Bronchitis is an inflammation of the large airways that carry oxygen to the lungs.

If you have bronchitis, you may experience difficulty breathing. This is because bronchitis can cause the airways to swell and produce mucus. The mucus can make it difficult for air to flow through the lungs. As a result, you may feel short of breath or experience chest pain. Over time, your lungs deteriorate as they work harder to compensate.

There are two types of bronchitis: acute and chronic. Acute bronchitis is a short-term illness usually caused by a viral infection.

Veterans, in particular, are at a higher risk for bronchitis due to their exposure to burn pits and other toxins during service. The burn pits disposed of everything from chemicals, medical supplies, and asbestos to human waste.

Burn pit emissions often contain harmful chemicals that could cause bronchitis and other severe respiratory conditions. In some locations, these burn pits spanned over 10 acres of land, with smoke passing over the entire base during windy conditions. Many of these particles weren’t visible to the naked eye, so veterans may be surprised to develop these conditions years to decades later.

What are the symptoms of bronchitis?

Many veterans don’t immediately develop bronchitis as a result of their exposure. Bronchitis may take years to develop.

The symptoms of bronchitis include:

While many different respiratory conditions can be confused with bronchitis (or include bronchitis, like COPD), bronchitis is often recognized by phlegm or mucus.

Veterans with chronic bronchitis may also be at a higher risk for heart disease. In addition, chronic bronchitis can lead to other respiratory illnesses, such as pneumonia. To prevent further complications, seek treatment if you’re suffering from bronchitis.

How to File a Successful VA Claim for Chronic Bronchitis

To get a VA disability rating for chronic bronchitis with direct service connection, you must prove three essential elements:

To diagnose chronic bronchitis, your doctor will probably do a physical exam and look at your medical history and symptoms. They may request a chest X-ray to rule out other lung problems. Other possibilities include:

Remember, bronchitis becomes chronic when it lasts for at least three months in a year. Showing this medical history is important when filing your claim.

You or your doctor can also complete the VA’s Respiratory Conditions Disability Benefits Questionnaire to improve the strength of your claim.

If you’re covered under presumptive service connection, the VA assumes your bronchitis is related to your service. You will still need a medical diagnosis and evidence of bronchitis. Still, you won’t need to establish a link between your bronchitis and service to be awarded a chronic bronchitis VA rating.

With the signing of the PACT Act in August 2022, Congress officially acknowledged many more sources that exposed veterans to toxins throughout their service. The list of conditions the VA must grant presumptive service connection to significantly expanded and now includes chronic bronchitis.

When you qualify for a presumptive service connection disability, your claim is MUCH easier to win. All you need to show is that you have chronic bronchitis and were deployed to one of the eligible areas.

If you were deployed to one of these areas after August 2, 1990, you’re eligible for bronchitis presumptive service connection. You must have performed active military, naval, air, or space service while assigned to a duty station, including the airspace above:

Or if you served on or after September 11, 2001, you’re covered for service in all of the above countries plus:

Chronic bronchitis claims have been granted effective dates of October 1, 2023. If a veteran is terminally ill, homeless, in severe financial difficulty, aged 85 or older, or can demonstrate other acceptable causes, August 10, 2022, is the effective date for claims.

A bronchitis VA rating ranges from 10% to 100% based on the severity of your condition, including:

Your rating is heavily based on breathing tests that measure several different components. The VA will want to monitor your progress over time since bronchitis can improve, so you can expect to take these several times.

FVC is a test that measures how much air you can exhale after taking a full breath.

Diffusion Capacity of the Lung for Carbon Dioxide (DLCO)

This test measures your body’s ability to transfer oxygen into red blood cells.

The VA uses Diagnostic Code 6600 under the Schedule of Ratings to determine the severity of your bronchitis and award you a rating.

Remember that bronchitis can improve over time, so the VA probably won’t give you a permanent rating. You may have to return to the VA within 5-10 for a re-evaluation.

Below is a list of how the VA awards ratings based on your lung functioning with the tests we explained above. For each rating, only one criterion must be met for the VA to award that rating.

If you have more than one respiratory condition, the VA will only award you benefits for one of these disabilities. The VA will grant you a rating based on the disability with the highest percentage rating.

You can use our calculator to determine your VA compensation for bronchitis based on your rating above.

To start your claim for a bronchitis VA rating, gather your evidence and submit your intent to file.

There are a few ways to file a VA disability claim, using VA Form 21-526EZ:

What happens after you file for a bronchitis VA rating?

After you file for a bronchitis VA rating, your claim will be reviewed by a Veterans Service Representative (VSR), who will gather your military and medical records.

Your evidence will be reviewed, and during this time, the VA will likely request you to schedule a Compensation and Pension (C&P) exam. The C&P exam is an important part of the claims process as it will document the severity of your bronchitis and will be used by the VA to determine your rating.

After your evidence is reviewed, your entire claim will be reviewed, and a recommendation on your bronchitis claim will be made. As of August 2022, it takes the VA, on average, 125 days to give you a decision on your claim from when you first filed. Filing a fully developed claim will help speed up this process.

Getting a VA rating for bronchitis can be complicated, but we know exactly what evidence the VA is looking for to grant your claim. If you need help filing a bronchitis VA claim or disagree with the VA’s decision on your claim, VA Claims Insider is here to help. Our team of expert Veteran Coaches has helped thousands of veterans like you get the benefits they deserve.

Our process takes the guesswork out of filing a VA disability claim and supports you every step of the way in building a fully-developed claim (FDC)—so you can increase your rating fast!If you’ve filed your VA disability claim and have been denied or have received a low rating—or you’re unsure how to get started—reach out to us! Take advantage of a FREE VA Claim Discovery Call. Learn what you’ve been missing—so you can FINALLY get the disability rating and compensation you deserve! 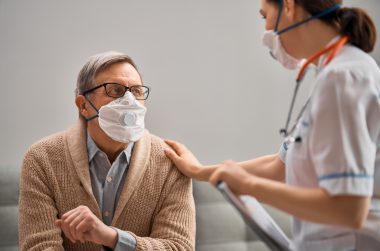 In this post, I’ll reveal and explain more than 150 VA-approved State Veteran Nursing Homes for 2023! All 50 states offer at least one “State Veterans Home” for disabled veterans and... continue reading 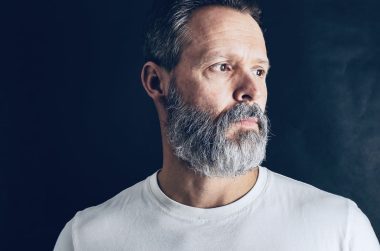 Mental health is a serious topic that impacts a staggering number of veterans. In addition to the stress of readjusting to civilian life, many veterans also struggle with PTSD, anxiety, depression,... continue reading