How to File a Successful Claim for a COPD VA Rating

COPD is a serious lung disease that can make it difficult for veterans to breathe and live normally. If you’re dealing with COPD, you aren’t alone—the VA found that nearly 4.5% of all veterans have a respiratory condition and 0.8% (or 140,000 veterans) have COPD. In this article, we explain how COPD is rated by the VA and what you can do to file a successful claim for a COPD VA rating.

August 2022 Update: Recent legislation under the PACT Act changes how the VA processes and rates COPD claims, especially for Gulf War and Post-9/11 veterans. These changes have made it much easier for veterans like you suffering from COPD to get the care and compensation you deserve.

COPD stands for chronic obstructive pulmonary disease and is a common lung disease that makes breathing difficult. COPD is progressive, which means it usually gets worse over time. Unfortunately, COPD is not curable.

This disability can significantly impact your quality of life as a veteran, as COPD can make it difficult to do everyday activities like walking, talking, and even sleeping.

Symptoms of COPD include:

Two conditions usually contribute to COPD—chronic bronchitis and emphysema. They often share many similar symptoms. You may have both or just signs of one of these conditions to be granted a COPD VA rating.

This is when the airways in your lungs are constantly inflamed and produce mucus.

You have long-term lung damage. This is when the alveoli (air sacs) in your lungs are damaged and make it hard to take deep breaths.

If you’re struggling with COPD and looking for treatment options, read our post on the best treatment for COPD in veterans. Getting treatment won’t completely reverse your COPD, but it will help you improve your quality of life.

COPD is caused by long-term exposure to irritants that damage the lungs. Many different types of these toxic irritants can eventually lead to COPD. Although any veteran can develop COPD, Gulf War and Post 9/11 veterans are at a higher risk of developing COPD based on exposure to different environmental hazards and contaminants throughout their service.

Here are some potential causes of COPD for veterans:

Veterans exposed to these irritants while serving in the military are at risk for COPD.

Unlike many other conditions, COPD is unlikely to improve. The VA is much more likely to grant a permanent rating for your COPD. Let’s look at what it takes to win a COPD VA rating.

To increase your chances of winning your COPD VA claim, you must include these three elements as part of your fully developed claim:

If you have a diagnosis of COPD and you believe you were exposed to harmful toxins or other hazards that caused your COPD while serving, you must prove that your COPD is at least as likely as not caused by your in-service event.

With direct service connection, you must prove a clear link between an incident in the military and your COPD to earn a COPD VA rating. In addition to medical records and a nexus, showing proof of the event through your military service records can help the VA determine that the event that caused your COPD actually occurred.

Thankfully, the PACT Act made it much easier for many veterans to show how their service in the Middle East and burn pit or particulate matter exposure caused COPD with presumptive service connection. A presumptive disability for toxic exposure is one that the VA “presumes” to be service-connected, even if there’s no specific link for service connection.

When you qualify for a presumptive service connection disability, your claim is MUCH easier to win. All you need to show is that you have COPD and were deployed to one of the eligible areas.

If you were deployed to one of these areas after August 2, 1990, you’re eligible for COPD presumptive service connection. You must have performed active military, naval, air, or space service while assigned to a duty station, including the airspace above:

Or if you served on or after September 11, 2001, you’re covered for service in all of the above countries plus:

Both chronic bronchitis and COPD presumptive claims have been granted effective dates of October 1, 2023. If a veteran is terminally ill, homeless, in severe financial difficulty, aged 85 or older, or can demonstrate other acceptable causes, August 10, 2022, is the effective date for claims.

The Difficulty of Winning your COPD VA Rating for Smokers

Smoking is a common cause of COPD. If you have a history of smoking and are dealing with COPD, the VA may deny your claim. The VA’s rationale is that your COPD is often caused by your smoking and not related to your military service. If you are or were a smoker, don’t lose hope!

You want to show that your COPD was only slightly impacted by your smoking and that your service played a more significant role in causing your condition.

If you’re a smoker, your medical nexus becomes critical.

How the VA Rates COPD

A VA COPD rating ranges from 10% to 100% mainly based on your lung function, including:

Your rating is heavily based on breathing tests that measure several different components. You were likely diagnosed with COPD after you took these tests, and the VA will want to monitor your progress over time, so you can expect to take these several times.

FVC is a test that measures how much air you can exhale after taking a full breath.

Diffusion Capacity of the Lung for Carbon Dioxide (DLCO)

This test measures your body’s ability to transfer oxygen into your red blood cells.

The VA uses Diagnostic Code 6604 under the Schedule of Ratings to determine how serious your COPD is and award you a rating. Below is a list of how the VA awards ratings based on your lung functioning with the tests we explained above. For each rating, only one criterion needs to be met for the VA to award that rating.

If you have more than one respiratory condition, the VA will only award you benefits for one of these disabilities. Based on your rating above, you can use our calculator to determine your VA compensation for COPD.

To get started with your COPD claim, gather your evidence and submit your intent to file.

There are a few ways to file a VA disability claim, using VA Form 21-526EZ:

COPD is a challenging condition to live with. Several secondary conditions can also arise from your COPD. These include:

If you’re dealing with any of these conditions due to your COPD, make sure to document your symptoms with a physician to pursue a secondary service connection for disabilities caused by your service-connected COPD.

COPD is a difficult condition to live with, but you don’t have to go through the process alone. Our team of expert coaches has helped thousands of veterans just like you get the benefits they deserve. COPD claims can be complex, but we know exactly what evidence the VA is looking for to grant your claim. 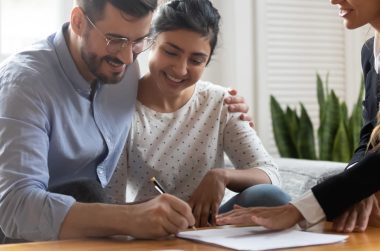 As a veteran, service member, or surviving spouse, you have a special benefit that has helped over 24 million veterans just like you achieve the dream of home ownership: veterans home loans. Whether... continue reading 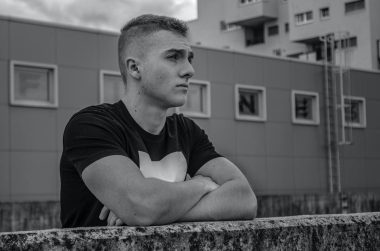