This article is for Veterans diagnosed with PTSD.

Post-traumatic Stress Disorder (PTSD) occurs in many who have experienced trauma from combat, abuse, disasters, etc. However, filing a VA Claim for your PTSD and being forced to answer questions about the event can be difficult, frustrating, and prevents many Veterans from even trying.

Who can experience PTSD?

By no means is PTSD a rare occurrence. 70% of adults have been found to experience at least one traumatic experience in their lives, and 20% of those experiencing that trauma will develop PTSD, at least for a time.

In fact, on a yearly basis approximately 8 million Americans, or 3.5% of the population, are affected by this disorder.

While those numbers are limited to adults, the diagnosis of PTSD is not. It can affect persons of any age. An estimated 5% of adolescents suffer from the effects of PTSD as well, although it is more common in the later teen years.

Interestingly enough, while men have been found to experience more traumatic events over the course of their lives, PTSD is actually found at a higher rate in women. 1.8% of men are estimated to experience the symptoms of PTSD, while 5.2% of women do.

The reason for this difference is not fully known.

What are the symptoms of PTSD?

According to the Anxiety and Depression Association of America (the ADAA), the three main types of symptoms that characterize PTSD are as follows:

However other symptoms may manifest, such as:

The symptoms of PTSD are grouped by the level of impairment suffered by the individual. The three levels considered are serious, moderate and mild. The latest research has determined that 36.6% of adults experience serious impairment, 33.1% moderate, and 30.2% mild.

More about Veterans Diagnosed with PTSD

PTSD was not officially recognized until the 1980s, making it difficult to make accurate observations about veterans and the disorder in earlier wars. Before the 1980s many instances of PTSD in veterans were referred to as “shell shock” and was not an official medical diagnosis.

Currently, PTSD is estimated to have affected 20% of veterans from the recent wars in Iraq and Afghanistan. However, this is not limited to those who have experienced combat. In fact, while only 17% of female military members are combat troops, 71% of women in service develop PTSD because of sexual assault experienced within ranks.

Currently, the VA is more prepared to recognize PTSD than ever before, meaning it is easier than ever to receive a diagnosis for this condition. The VA also has an established rating system for disability compensation regarding PTSD.

If you have experienced a traumatic event during your time in service and are now experiencing any of the symptoms covered in this article, be encouraged that help is available to you through the VA. It’s recommended you seek an official diagnosis from a medical professional and then file a claim with the VA to receive the benefits you are entitled to. 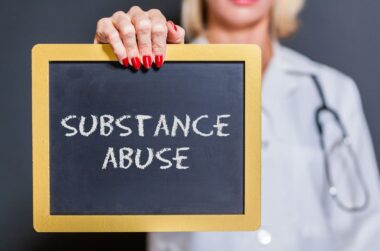 How to Get a VA Disability Rating for Substance Abuse

Addiction Among Veterans and Military Members Millions of veterans have returned home from deployments over the two decades, only to find themselves struggling with addiction. Substance abuse is... continue reading 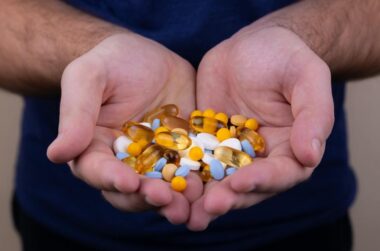 Thousands of veterans like you take medication to help improve their service-connected disabilities. Many of these medications cause other disabilities through side effects. In this article, our... continue reading