VA Lay Statement Example: What The Heck Is Lay Evidence?

How to Prove Service Connection

In this post, I provide veterans with a real VA lay statement example.

I also explain how to use lay evidence to service connect your VA disability claim, even if you’ve already filed or been denied.

This information is especially important if your service treatment records lack sufficient medical evidence of any in-service disability or condition.

Side note: This is VERY common veterans!

Because you often didn’t go to the doctor enough while you served on active duty, and thus, your service treatment records do not contain any evidence of a disability or condition.

I can literally read the VA’s denial letter now: “The veterans active duty service treatment records do not contain any medical evidence or subject complaints of the disability or condition.”

Here’s the deal veterans: You can prove your VA disability claim and overturn previous denials of service connection using something called “lay evidence.”

What is Lay Evidence?

Lay evidence simply means “after the fact evidence” and it must be competent and credible.

“Competent lay evidence” means any evidence not requiring that the proponent have specialized education, training, or experience.

Lay evidence is competent and credible if it is provided by a person who has knowledge of facts or circumstances and conveys matters that can be observed and described by a lay person.

What Are Some VA Lay Statement Examples?

1. A personal statement you write on the VA Form 21-4138 documenting how you think your current non-combat Post Traumatic Stress Disorder is due to an in-service sexual assault and stressor event that occurred 20 years ago IS lay evidence.

2. A Buddy Letter written by someone you served with who can shed some light on how your shoulder separation occurred on active duty IS lay evidence.

3. A spousal letter for sleep apnea, which documents what your spouse has witnessed over the years, and the approximate dates he/she noticed your sleep apnea symptoms began in-service IS lay evidence.

4. A current co-worker’s statement in support of a claim describing the severity of your current PTSD symptoms IS lay evidence.

How to Prove VA Service Connection

Service connection may also be granted for any disease diagnosed after discharge, when all of the evidence, including that pertinent to service, establishes that the disease was incurred in service.  See 38 C.F.R. § 3.303(d).

Depending on the evidence and contentions of record in a particular case, lay evidence can be competent and sufficient to establish a diagnosis and medical etiology of a condition.

When there is an approximate balance of positive and negative evidence regarding any issue material to the determination of a matter, the Secretary shall give the benefit of the doubt to the claimant. See 38 U.S.C.A. § 5107; 38 C.F.R. § 3.102.

Lay persons are competent to provide evidence regarding things they have personally observed, including symptoms that are capable of lay observation and when those symptoms occurred.  See 38 C.F.R. § 3.159(a)(2);

Can I Use Lay Evidence to Win My VA Claim?

According to M21-1, lay evidence, or a VA lay statement example, is acceptable for the purpose of establishing service incurrence or aggravation, in the absence of Service Treatment Records (STRs), for a combat Veteran or FPOW, if the evidence

Important:  Medical evidence of a link to a current condition is still needed to establish SC.

Veterans, this is why I founded VA Claims Insider.

You need to obtain a Medical Nexus Letter to help you win and service connect your VA disability claim.

*A non-combat Veteran’s lay statements may be acceptable for establishing service incurrence or aggravation but must be weighed against other evidence in the claims folder including the absence of military records documenting or supporting the statements.

Lay evidence is generally afforded probative value if it is provided by a person who has knowledge of facts or circumstances and conveys matters that can be observed and described by a lay person.

*A medically untrained individual is not usually competent to offer a medical opinion regarding the etiology of disorders and such an opinion is generally assigned little probative weight.

Can I Write A Personal Statement in Support of My VA Claim?

A veterans’ own statement, covering in sufficient detail a condition that is within his/her ability to describe, such as his/her own symptoms, may to that extent constitute credible and competent lay evidence.

Rationale:  While such statements have self-serving aspects, the claimant is often the most qualified source to describe the circumstances of the disabling effects of the disease or injury.

Okay, what does all this mean for your VA claim?

It means that the VA MUST consider all lay and medical evidence of record in a case with respect to benefits.

Lay evidence is one type of evidence that must be considered, and that competent lay evidence can be sufficient in and of itself.

The problem though is that RVSRs at the VA don’t interpret this properly, and frankly, neither do the courts.

How do I obtain a DBQ and a Medical Nexus Opinion?

This is why it’s so important for veterans to obtain DBQs and Medical Nexus Letters.

A credible Medical Nexus Opinion from a private provider IN ADDITION to any lay evidence provided in support of your VA claim.

A Disability Benefit Questionnaire (DBQ) can help you prove your medical diagnosis and your current symptoms of the disability or condition.

A Medical Nexus Letter from a private provider can help you prove the “Nexus,” which is that logical link to an in-service injury or event that led to your current disability or condition.

If you need some help to win, service connect, and get your VA claim rated at the appropriate level under the law, join VA Claims Insider Elite now. 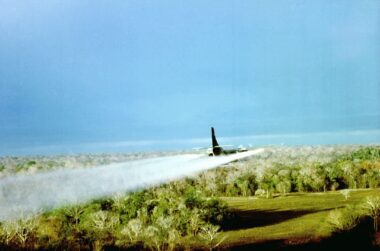