Top 3 Tips to Service Connect Sleep Apnea Secondary to PTSD: Is There Really a Connection? (The Insider’s Guide)

I’m going to begin this article with the Bottom Line Up Front (BLUF):

It is DIFFICULT to get service connected for Sleep Apnea secondary to PTSD.

Because the medical research is slim to none on the actual “connection,” if any, between Sleep Apnea and PTSD.

For example, much of the medical research to-date involves small-scale studies (small sample sizes) with limited conclusions regarding the relationship between Sleep Apnea and PTSD.

One thing we do know for sure: PTSD does not “cause” Sleep Apnea.

However, there might be a path to service connection using a VA secondary claim and principles of “aggravation.”

In accordance with 38 CFR § 3.310 disabilities that are “proximately due to,” or “aggravated by,” or the “result of” a service-connected disease or injury shall be service connected.

A showing of causation requires that the secondary disability claim be shown to be “proximately due to” or “aggravated by” another service-connected disability.

There are three evidentiary elements that must be satisfied for secondary conditions to PTSD to prove service connection under the law:

The SECOND part can be satisfied with a veteran’s existing service-connected disability rated at 0 percent or higher, which in this case, is PTSD.

The THIRD part, and often the missing link needed to establish secondary service connection, can be satisfied with a credible Medical Nexus Letter (Independent Medical Opinion) from a qualified medical provider.

MUST READ: Do I Need a Nexus Letter?

Did you know you could be missing out on thousands of dollars of tax-free disability benefits you deserve by law, and not even realize that your Sleep Apnea might be “caused” or “aggravated” by your service-connected PTSD?

Can I Service Connect Sleep Apnea Secondary to PTSD?

Yes, you can get service connected for Sleep Apnea secondary to PTSD.

But the way you make it happen is a bit unconventional and requires you to think outside the box.

PTSD does not “cause” Sleep Apnea.

However, Sleep Apnea can be “aggravated” by PTSD, specifically, with weight gain and obesity as an “interim link” for service connection.

Pro Tip #1: Brian Reese from VA Claims Insider recommends you get a Nexus Letter with high probative value from a private provider to make your argument stronger.

Pro Tip #2: In addition, you should get a DBQ for Sleep Apnea from a private provider and submit it with your Fully Developed Claim (FDC).

This strategy potentially removes a C&P exam from the equation, and allows a VA Rater to make a rating decision based on the submitted evidence alone.

What is the VA Rating for Sleep Apnea Secondary to PTSD?

VA disability ratings for Sleep Apnea secondary to PTSD range from 0 percent to 100 percent with breaks at 30 percent and 50 percent.

Can Sleep Apnea Be Service Connected Secondary to Other Mental Health Conditions?

Yes, Sleep Apnea can be service connected secondary to any ratable Mental Health condition, but usually only with “weight gain and/or obesity as an intermediate step.”

Thus, if the veteran is not overweight or obese, this option won’t work.

Obesity as an intermediate step for secondary service connection is only reasonably raised when there is evidence in the record that draws an association or suggests a relationship between the veteran’s current obesity or weight gain resulting in obesity, and service connected disability.

Incidental references to a veteran’s weight or weight gain are not sufficient to reasonably raise the issue.

A Nexus Letter for Sleep Apnea secondary will be needed to connect the veteran’s weight gain and obesity to their service connected disability, such as PTSD, Depression, Anxiety.

We have seen a handful of these types of claims approved, however, they are rare to win on your first claim, and usually are only approved via a Higher Level Review, Supplemental Claim, or BVA decision.

Pro Tip #3: In our experience helping over 15,000 veterans since 2016, we recommend attempting to connect Sleep Apnea secondary to a respiratory condition, such as Sinusitis, Rhinitis, or Asthma.

Do I Need a Nexus Letter for Sleep Apnea Secondary to PTSD?

Yes, you should get a Nexus Letter to help service connect Sleep Apnea secondary to PTSD.

Veterans who become members of the VA Claims Insider Elite program get access to a network of independent medical providers who can write a Nexus Letter for Sleep Apnea Secondary to PTSD, usually with weight gain and/or obesity as an “interim link” for service connection.

Our advice is to be weary of private providers charging $2,000 or more for a Nexus Letter for Sleep Apnea secondary to PTSD—especially those who suggest the two conditions are medically connected—they aren’t. 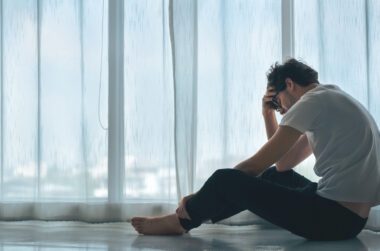 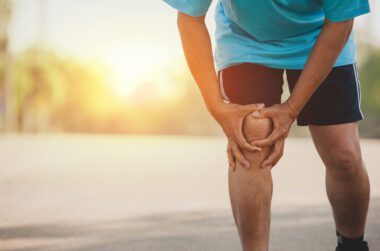 In this guide, we'll explore how to get a VA Rating for Knee Pain even if you’ve already filed, been denied, or gave up. Limitation of Flexion of the Knee or “Knee Pain” is the #3 most... continue reading