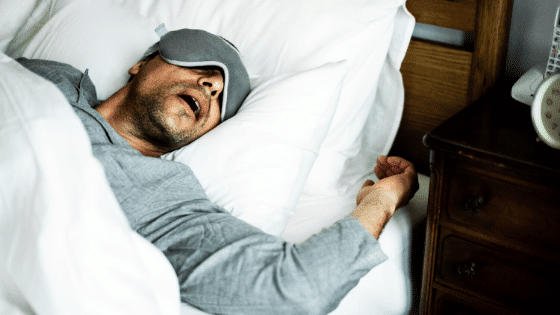 Knowing the top VA disability claims can be extremely helpful to you in your efforts to get the benefits you deserve, as a veteran, from the VA! Knowing what is most common may help you decide what to submit a claim for, especially if you are suffering from more than one condition.

We covered the Top 10 Most Common VA Disability Claims already, but as a quick reminder they were:

While those Top 10 are extremely common, the truth is there are a great deal more disabilities that veterans experience and the VA recognizes. These Top 10 are also the only specific conditions the VA lists in their annual report about disability compensation. These 10 make up 9,760,307 of the 25,127,129 disabilities recognized among veterans in the year 2019.

That leaves almost 16 million uncovered. So without further ado, we have done the research and found 10 more of the Most Common VA Disability Claims.* Here are the numbers 11-20.

Sleep apnea is four times more likely to affect a veteran than other Americans. In fact, nearly 20% of veterans suffer from this condition!

Obstructive sleep apnea is the condition where breathing is briefly and repeatedly interrupted during sleep. This pause can last at least 10 seconds and occurs when the muscles in the back of the throat fail to keep the airway open.

It is possible to receive a rating of 0%, 30%, 50% or 100% for sleep apnea. The VA will need a diagnosis that includes a study of your sleeping pattern. In fact, the use of a CPAP machine is not even considered for your diagnosis without the study!

If you believe you suffer from sleep apnea, you can learn more about how to win a claim for it HERE.

Since the year 2000 the DOD (Department of Defense) has recorded 413,858 service members that were diagnosed with TBI. Obviously, this translates to mean that hundreds of thousands of veterans have suffered this condition.

TBI can be difficult to diagnose, especially if it isn’t caught almost immediately after the injury occurs. Therefore it can be assumed that the true number of veterans who have experienced TBI is much higher.

There are many side effects and symptoms of TBI, including various mental health issues such as depression, anxiety, and even PTSD. Other possible residual symptoms can include trouble focusing, sleep issues, social awkwardness, memory loss, and many, many more.

Because the list is so long it is recommended that if you suffered any trauma to the head, at all, during your time of service, and have experienced a different quality of life since you should look for a diagnosis.

In recent years the VA has made moves to better recognize the complexity of TBI and has made it easier to have claims for it accepted. It is possible to be rated up to 100% for TBI and the residual issues it can cause.

There are a number of different chemical exposures that veterans may have experienced during their time in the military, leading to a large number of health issues including cancer. For example, during the post-9/11 Wars of Iraq and Afghanistan 97.2% of veterans studied who experienced Chronic Multisymptom Illness had been exposed to toxic materials.

Because of this, the VA will grant benefits (many of them presumed, depending on your time of service) for a number of recognized exposures to hazardous chemicals and materials.

Those the VA recognizes include:

The VA has estimated that nearly 1 out of every 3 veterans has some symptoms of depression. Depression is a serious mental health condition, affecting how you think, feel, and act. Symptoms common with depression are persistent feelings of sadness and hopelessness, lack of motivation, difficulty sleeping, changes in appetite, irritability, and fatigue.

Because depression is so prevalent in veterans the VA and there is no cure, many will live with it the rest of their lives. Veterans also experience depression at more than double the rate of civilians, with women being affected the most.

It is possible to get anywhere from a 0%-100% rating for depression, with ratings of 10, 30, 50, and 70 percent also possible. Depression is also a condition many veterans avoid seeking help because of feelings of shame, pride, or other reasons. If you have suffered from any of the symptoms of depression since your time of service, it is recommended you seek help immediately by getting a diagnosis and then submitting a claim to VA.

#15. Asthma (and other respiratory conditions)

With the wars in Iraq and Afghanistan the prevalence of asthma and other respiratory conditions in veterans has been shown to increase significantly. Many have speculated that this is due to exposure to burn pits and other airborne hazards.

Currently around 3.3% of all veterans from Iraq and Afghanistan experience asthma. That equates to hundreds of thousands of affected veterans.

The VA will rate asthma based upon the amount of air you are able to inhale and exhale. Once diagnosed you may receive a rating of 10, 30, 60, or 100 percent.

Diabetes is a chronic disease in which the body cannot produce or properly use insulin. It can cause damage to blood vessels and organs, and its most common symptoms include blurry vision, excessive thirst, fatigue, frequent urination, hunger, and weight loss.

Diabetes affects nearly 25 percent of veterans seen by the VA and was the 9th most prevalent service-connected disability in 2015. If you are able to prove a service-connection to your diabetes it is possible to receive a rating of 10, 20, 40, 60, or 100 percent for the condition.

Also, if you served during Vietnam and were exposed to Agent Orange or other herbicides, your service-connection for diabetes will be presumed.

Around 175,000 veterans are treated for cancer annually, with that rate continuing to climb in recent years. In fact, recent data has determined that urinary cancers (including bladder, kidney, and ureter) have increased by 61% since the year 2000, and blood cancers  (lymphoma, myeloma, and leukemia) have increased 18% during that same period.

Because cancer takes time to manifest, it is possible to submit a claim for cancer many years after your time in active-duty. If you have received a diagnosis for cancer and have proved service-connection, you should automatically receive a 100% rating. This rating will continue so long as your cancer as active, as well as 6 months after successful treatment or surgery.

The causes of cancer in military service are many, and in fact many of those causes are presumed. For a full list of presumed service-connections, just click here.

As of 2018, more than 1.7 million veterans had received treatment in a VA mental health specialty program. Roughly 10% of all veterans have reported elevated levels of anxiety, with the highest percentage being among those who served in Vietnam.

Flat feet is a relatively common condition, affecting somewhere between 20-30% of the population. It is a foot deformity caused by the loss of the medial, longitudinal arch of the foot and it is very common among veterans. Due to the hard physical nature of military service, flat feet are often developed or worsened during veterans’ years in service.

Flat feet can range from mild to severe, but without treatment will grow worse. It can develop symptoms such as aches or pains in the lower body, difficulty moving, foot swelling, arthritis, bunions, plantar fasciitis, and many more.

Sometimes called the “overlooked claim”, secondary conditions are any condition that has developed and affected a veteran because of a previous condition that is service-connected.

Common areas to seek a secondary claim for would be side effects of medication, mental health issues, and orthopedic conditions where one condition leads to the development of another (such as flat feet leading to degenerative disc disease).

Secondary claims often can help a veteran get to 100% disability from a lower-rated condition.

Be sure to talk to your medical professional about all conditions you are suffering from, so that you can determine if a secondary-condition claim might be available to you.

If you are suffering from any of the conditions listed in this article or the previous Top 10, or if you believe there’s a chance you could benefit from a secondary-conditions claim, be sure to contact us! Our team of VA Insiders would love to help you out!

*Because the VA does not give the official numbers on these specific conditions, these rankings are not in a direct order based on prevalence, but rather represent 10 conditions widely experienced by veterans and recognized by the VA. 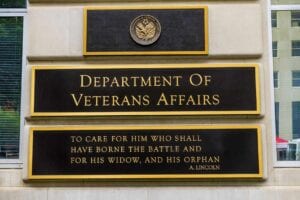 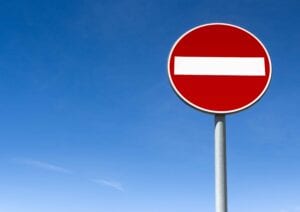 The VA Denied my PTSD Disability Claim, What do I do Now?! 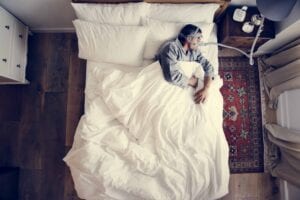