What to Expect from the VA for Flat Feet (Pes Planus)

VA for flat feet, while often overlooked, a number of veterans experience the onset of pes planus (commonly known as “flat feet”) during and after their time in the service due to the high impact nature of training and work in the field.

Pes planus is a relatively common (it is estimated that 20-30% of the population has some degree of the condition) foot deformity caused by the loss of the medial, longitudinal arch of the foot. The arch of the foot serves as a support base for the entire body, and it consists of tough, elastic tendons, ligaments and fascia. Its main function is to decrease the strain of weight-bearing and store energy from the gait cycle.

WHAT IS PES PLANUS?!

This condition can occur in both feet (bilateral).

While there are not always symptoms resulting from pes planus, over time it can alter the mechanics of the legs and spine which can increase pain and injuries. Some will experience foot pain and swelling as it progresses.

Those with more severe cases of flat feet may experience symptoms such as:

There is a large variation in the severity of pes planus. Depending on the severity and the lack of treatment, it can contribute to other conditions such as:

Pes planus can develop over time due to the following risk factors:

If flat feet is a condition you are experiencing, you should know that the VA does rate flat feet for disability compensation. The following will break down how the VA rates pes planus and what they will be looking for in order to accept a claim.

Ratings from the VA for Flat Feet

To determine the severity of your pes planus condition, you will undergo an examination which will consist of a number of tests.

The first will be an inspection of the feet that evaluates them with and without weight-bearing. Any flat foot should be apparent immediately. Feet will then be compared for asymmetry.

Next, the examiner will touch the posterior tibial tendon, the lateral rearfoot, and the plantar fascia to look for tears, scarring, and other abnormalities.

The range of motion will then be examined to determine if the pes planus is flexible (arch is present until weight-bearing) or rigid (no arch at all; extremely rare).

This will be followed by a muscle strength test which will have the patient raise up on their toes and then invert their feet against resistance.

Finally, there will be an assessment of the patient’s walking gait to see how far they are walking on the inward parts of their feet.

If severe and there is suspicion of major tendon or soft tissue damage, an MRI may be performed.

In deciding the disability rating for flat feet, the VA uses the rating schedule 38 C.F.R. § 4.71a which covers the musculoskeletal system. Ratings can be assigned up to 50% and are decided as follows:

In order to get any kind of rating from the VA, it is absolutely essential to provide a service-connection, as a great many people with pes planus were born with the congenital condition, not the acquired one. Because it is often without symptoms for a long period it is possible to have entered the service with the condition and no symptoms, but to leave with symptoms manifesting. Getting more information about this service connection is possible here.

However, the onset of symptoms will not be enough to have a claim accepted. It is the condition itself that much has occurred as a result of your service.

Proving your pes planus developed during service can be done with the recording of receiving new boots, receiving insoles or inserts, or having received medical treatment. Be sure to think of every possible record you can that can help point to the development of your condition.

To avoid the stress and excess time it can take to get pes planus service-connected, check out our ELITE program here. It has helped thousands of Veterans get what they deserve. Will you be the next one?! 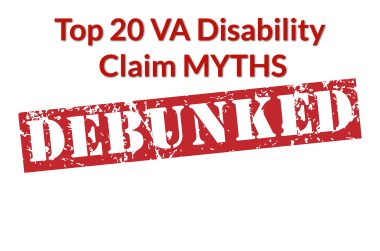 Are you a veteran who's been struggling with vision problems? You may be eligible for VA disability pay. This complete insider's guide to VA eye disability ratings will list and explain eye... continue reading