Can I Get a VA Rating for GERD Secondary to PTSD? (The Insider’s Guide)

Brian Reese here with VA Claims Insider, and in this expert-level post, I’m going to reveal and explain how to service connect your GERD Secondary to PTSD for VA disability.

Finally, together we’ll discover tips, strategies, and lessons learned for getting a Nexus Letter for Secondary Conditions (with high probative value) to help you prove secondary service connection under the law and avoid a VA claim denial.

How Common is GERD in Veterans?

GERD is very common in veterans, and is the #23/50 most claimed VA disability.

The VA rates GERD as a digestive disability by analogy to hiatal hernia under 38 CFR § 4.114, DC 7346, as that code is normally used to rate GERD due to similarity of symptoms.

What are the VA disability ratings for GERD?

Pro Tip: Many veterans with GERD or acid reflux, especially those who were diagnosed long after leaving the military are eligible under the law for GERD secondary to PTSD. For example, if veterans are taking SSRIs to help manage their PTSD symptoms, perhaps you’re suffering from side effects of those SSRI medications, which can lead to digestive system issues. Thus, veterans can get a GERD VA rating secondary to PTSD. It’s highly recommended that you get a Nexus Letter for GERD Secondary to PTSD!

GERD and PTSD: Is There a Connection?

Yes, there is a strong connection between GERD and PTSD.

GERD can develop when the symptoms of PTSD, such as anxiety, stress, and depression, lead to an overproduction of stomach acid.

In some veterans, medications taken to treat PTSD can also lead to GERD as a side effect.

In a study where information about GI (Gastrointestinal) symptoms such as diarrhea, constipation, abdominal pain, and gastroesophageal reflux disease (GERD) were extracted from the clinic notes to determine if there is a relationship between PTSD and depression screenings and GI symptoms.

Results state that 28% of the participants had GERD and a positive screening of PTSD was significantly associated with these GI symptoms.

Other medical research studies support a connection between GERD and PTSD.

For example, both veteran and non-veteran studies have reported high rates of comorbidity between PTSD, Depression, and Gastrointestinal (GI) symptoms.

While only 11% of patients reported GI symptoms, 73.4% of these patients had a positive screen for PTSD, indicative of a significant relationship.

Many veterans with GERD or acid reflux, especially those who were diagnosed long after leaving the military are eligible under the law for GERD secondary to PTSD.

For example, if veterans are taking SSRIs to help manage their PTSD symptoms, perhaps you’re suffering from side effects of those SSRI medications, which can lead to digestive system issues.

How is GERD Rated by the VA?

Effect of asthma and PTSD on persistence and onset of gastroesophageal reflux symptoms among adults exposed to the September 11, 2001, terrorist attacks

Posttraumatic Stress Disorder and Gastrointestinal Disorders in the Danish Population

GERD Secondary to PTSD is Granted

What is the VA Rating for GERD Secondary to PTSD?

The VA Ratings for GERD secondary to PTSD are 10 percent, 30 percent, or 60 percent depending upon the severity of your GERD, and how your GERD symptoms affect your work, life, and social functioning.

The highest scheduler rating for GERD secondary to PTSD is 60%.

It also depends upon the frequency, severity, and duration of your symptoms—meaning, the more severe your symptoms, the higher the VA rating for GERD.

For example, a veteran might have a 70% rating for PTSD (lower or higher rating possible for PTSD) but could possibly receive a 10%, 30% or 60% VA disability rating for GERD secondary to PTSD.

VA GERD Secondary to PTSD: What is a VA Secondary Condition?

VA secondary conditions include any of the 900+ disabilities listed in CFR Title 38, Part 4, the Schedule for Rating Disabilities that can be service connected SECONDARY to a current VA disability you’re already rated for at 0% or higher.

The Caluza Triangle for VA Secondary Claims: What Do I Need to Prove Secondary Service Connection?

The FIRST part can be satisfied with any existing medical evidence in service treatment records, VA medical records, or any private medical records that shows a diagnosis of GERD.

The SECOND part can be satisfied with a veteran’s existing service-connected disability rated at 0% or higher, which is your PTSD.

The THIRD part, and often the missing link needed to establish secondary service connection, can be satisfied with a credible Nexus Letter (Independent Medical Opinion) from a private healthcare provider that shows the connection between GERD and PTSD.

Pro Tip: A Nexus Letter with “high probative value” is RECOMMENDED to help establish secondary service connection. Why? Because “Medical Nexus Evidence” is needed to satisfy the third evidentiary element that must be satisfied to prove your secondary VA claim on an “at least as likely as not” basis.

At VA Claims Insider, we help veterans get the VA disability rating they deserve in less time, even if you’ve already filed, been denied, or have given up hope… 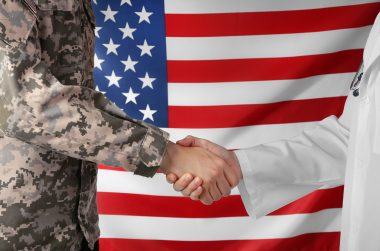 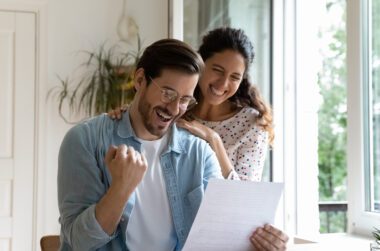