How to Write a Winning VA Nexus Letter

In this post, I break down how veterans can fail-proof their VA nexus letter, which will help them prove that their disability is related to their military service or to another service-connected disability.

Okay, but first, let’s break-down this simple, one-word, and yet, confusing term called a “nexus.”

According to the VA, a “nexus” is nothing more than a logical link or connection between a veteran’s current disability and an in-service incident, event, or injury.

In order to be eligible for VA disability compensation benefits under the law, a veteran must prove that their disability was caused or made worse by their active duty military service.

Many veterans get denied service connection by the VA because they failed to show a clear nexus (logical link or connection) between a current disability and their active duty military service.

But regardless of how many times you’ve been denied service connection, there is still hope!

In our experience, a well-crafted nexus letter is the single most crucial document a veteran can provide the VA Rater to help prove service connection on an “at least as likely as not” basis.

Yep, it really is the single, most powerful way to prove service connection.

What is a Nexus Letter?

A Nexus Letter is often the “essential” piece of evidence needed to help a veteran get their VA disability service connected.

So now I’ve probably got you wondering: “Brian, why are VA nexus letters so effective at proving service connection under the law?”

Simply put, it’s because VA disability claims are won or lost based on medical evidence.

Either you have enough medical evidence, or you don’t.

A great VA nexus letter IS medical evidence and can influence the C&P examiner’s medical opinion, as well as the VA Rating Official’s final disability decision, due to the medical nexus evidence provided in the letter.

Tip #1: Use the doctor’s letterhead

This is a simple and effective way to instantly enhance the credibility of your nexus letter.

Because medical nexus evidence needs to be credible.

One of the best ways to enhance the credibility of the medical nexus letter is to list the doctor’s name and credentials at the top of the page.

Thus, before the C&P examiner and the VA Rater read the contents of the nexus letter, they already believe it was written by a credible medical professional.

With credibility on-the-line, don’t wait until the end!

In our experience, a shorter nexus letter is better and more actionable for the VA Rater, so long as it meets the four essential elements listed below.

Why do I say this?

Your VA claim is just one of 15 or so cases they rate on a given day, so the easier you can make it for them to read and analyze, the better chance you have of getting your disability service connected.

Thus, a winning VA nexus letter should be as brief as possible while stating facts and evidenced-based rationale, leading to a proper medical nexus opinion and conclusion.

Tip #3: Have the doctor review your medical records (and explain it in the nexus letter)

I’m often surprised (and disappointed) with the number of medical professionals who fail to explain the evidence he/she reviewed when writing a VA nexus letter.

It’s almost like writing a research report without citing your sources.

Because it diminishes the credibility of the evidence.

For example, the doctor should say something like, “I have personally reviewed the veteran’s medical history, to include service treatment records and their current VA medical records, spanning from 2007 to present.”

Again, this provides and instant boost in credibility, because now the doctor’s nexus opinion can be backed-up with supporting medical evidence.

In general, it’s a good idea to have the doctor cite appropriate medical research reports and even case law to help support his/her position on how your disability is due to your service (or to another service connected disability for secondary service connection).

For example, if you’re trying to connect Sleep Apnea secondary to PTSD, you’ll want to ensure the VA nexus letter includes appropriate medical research studies and any case law regarding “aggravation” and the link between Sleep Apnea and PTSD.

We recommend using PubMed.gov which is a free government website with more than 30 million medical research reports and citations for biomedical literature from MEDLINE, life science journals, and online books.

For BVA case decisions, we recommend using the Department of Veterans Affairs index of Board of Veterans’ Appeals Decisions.

You can freely search for BVA case decisions by keywords and date.

Tip #5: The best medical nexus opinions include the words “more likely than not”

In our experience, the best VA nexus letters use the medical opinion “more likely than not” NOT “at least as likely as not.”

The reason why “more likely than not” is better than “at least as likely as not” is because the former is a stronger statement with a higher probability.

The VA nexus opinion “more likely than not” means the medical professional believes there is a greater than 50% chance that a veteran’s condition was caused or made worse by active duty service or by another service-connected disability for secondary service connection.

Whereas, the statement “at least as likely as not” means the doctor thinks there is an approximate even balance of medical evidence for and against, and thus, there is a 50/50 chance that a veteran’s condition was caused or made worse by active duty service or by another service-connected disability for secondary service connection.

While veterans need only to prove their disability is “at least as likely as not” related to their service, the term “more likely than not” helps protect a veteran against a terrible C&P examiner who may write something like “less likely than not” due to service.

In this scenario, with all things being equal, the tie “should” go to the veteran (emphasis on should), or at a minimum, the VA Rater should order a second C&P exam to clear-up any evidence in question.

4 Essential Elements of a Nexus Letter

Make sure the medical professional writes one of five statements of likelihood in the VA nexus letter in order to help the veteran prove service connection under the law, preferably, the words “more likely than not.”

The doctor must sign and date their name, in addition to listing his/her medical credentials, such as, Oncologist, Orthopedic Surgeon, Sleep Specialist, PA-C, MD, etc.

This is a very important part of the VA nexus letter because it helps the VA Rating Official determine if it’s credible and competent for rating purposes.

The 5 Statements of Likelihood for a VA Nexus Letter

When asked to give an independent medical opinion as to whether a veteran’s condition is related to a specific incident during military service or another service-connected disability, the medical professional must express his/her medical nexus opinion with one of the following 5 statements of likelihood:

The nexus opinion “is due to” means the doctor is 100% certain that a veteran’s condition was caused or made worse by active duty service or by another service-connected disability for secondary service connection.

This statement is highly unlikely because a doctor will rarely, if ever, be 100% certain.

The nexus opinion “more likely than not” means the doctor believes there is a greater than 50% chance that a veteran’s condition was caused or made worse by active duty service or by another service-connected disability for secondary service connection.

The nexus opinion “at least as likely as not” means the doctor thinks there is an approximate even balance of medical evidence for and against, and thus, there is a 50/50 chance that a veteran’s condition was caused or made worse by active duty service or by another service-connected disability for secondary service connection.

This is the minimum nexus statement that will help a veteran prove service connection, because the benefit of the doubt always goes to the veteran according to VA law.

When all things are equal, the tie goes to the veteran.

The nexus opinion “not likely due to” means the doctor thinks there is a less than 50% chance that a veteran’s condition was caused or made worse by active duty service or by another service-connected disability for secondary service connection.

This statement will likely cause the VA Rater to deny service connection, unless one or more other medical opinions carry more weight or contain different medical opinions.

The nexus opinion “is not due to” means the doctor thinks there is a 0% chance that a veteran’s condition was caused or made worse by active duty service or by another service-connected disability for secondary service connection.

This statement will cause the VA Rating Official to deny service connection.

He is a former active duty Air Force officer with extensive experience leading hundreds of individuals and multi-functional teams in challenging international environments, including a combat tour to Afghanistan in 2011. 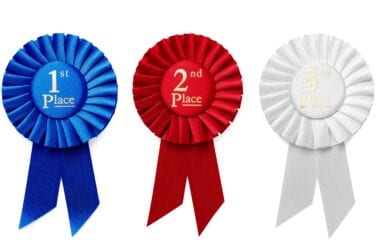