Is Your Sinusitis Causing other Disabilities? 4 VA Secondary Conditions to Sinusitis

VA secondary conditions to sinusitis can be severe and debilitating. If you’re a veteran who suffers from sinusitis, you must understand the different conditions that can be caused by this illness and which ones you can claim as a VA disability.

Sinusitis is a sinus infection that interferes with how mucus drains from your body. When you get one of these infections, the inside of your nose and head become swollen and inflamed.  If your sinus infection or runny nose lasts for three months or longer, the infection can be classified as chronic. Chronic sinusitis can also result from nasal polyps or if the inner lining of your sinuses swells up.

Sinusitis and rhinitis are often confused with each other. While sinusitis involves the tissue around your nose, rhinitis is an inflammation of the nose and nasal passages. Rhinitis can make you sneeze, congest, have a runny or stuffed nose, sore throat (postnasal drip), itchy eyes, and snore.

Sinusitis and rhinitis are widespread conditions in veterans, especially in veterans exposed to burn pits and other toxic environments. In some cases, the VA presumes that a veteran’s sinusitis is caused by military service due to this exposure.

In 2021, the VA made it much easier for thousands of veterans with sinusitis and rhinitis to get care. A new law granted presumptive service connection for burn pit exposure for veterans who served in Afghanistan, Southwest Asia, and certain other areas if they developed symptoms within ten years of separation from active duty.

Most of the time veterans dealing with sinusitis have symptoms including a stuffy nose, difficulty breathing through the nose, and swollen or tender areas around the eyes. However, this is just the start as chronic sinusitis can lead to other conditions.

If you’re dealing with chronic sinusitis, check out our article on how to get a sinusitis rating.

What are the VA secondary conditions to sinusitis?

There are four VA secondary conditions to sinusitis we discuss in this article: laryngitis, bronchitis, migraine headaches, and sleep apnea.

What VA Rating can I get for VA secondary conditions to sinusitis?

The VA will give you a separate rating for each VA secondary condition to sinusitis. The ratings range from 0% to 100%, based on the condition and the severity of symptoms.

Laryngitis is an inflammation of the larynx, which is the part of your throat that contains your vocal cords. The main symptom of laryngitis is a hoarse voice, but it can also cause a sore throat and coughing. Laryngitis can make it difficult to speak or even breathe. When you have sinusitis, the mucus from your sinuses can drain into your throat and irritate your larynx. This can cause you to develop laryngitis.

How the VA Rates Chronic Laryngitis Secondary to Sinusitis

If you have your larynx removed in a procedure called a laryngectomy due to sinusitis, you may be eligible for a 100% VA rating. Although, most of the time a laryngectomy is required to treat cancer and not as a result of sinusitis.  However, research from the National Cancer Institute indicates that chronic sinusitis is associated with higher risks of head and neck cancers.

The inflammation caused by sinusitis can spread to the airways, causing bronchitis. Bronchitis is an inflammation of the air passages that lead to your lungs, making breathing difficult. The symptoms of bronchitis include coughing, wheezing, shortness of breath, and mucus.

Bronchitis is classified as a COPD (Chronic obstructive pulmonary disease). This condition has the potential to significantly impact your quality of life.

To be diagnosed with COPD, you’ll need to take a breathing test called a Spirometry test or a similar test that measures your breathing.

Timing is essential to get your bronchitis rated as a condition secondary to your sinusitis. You must show that your chronic bronchitis began after your sinusitis; otherwise, it likely was not the cause. Make sure to document symptoms as they happen by seeing your doctor. Your medical records will be critical in proving a link between your sinusitis and bronchitis.

How the VA Rates Bronchitis Secondary to Sinusitis

The criteria the VA uses measure:

Based on the numerical values of these criteria, the VA will use these to assign you a VA rating from 10% to 100%.

If you require outpatient oxygen therapy due to bronchitis, you’re eligible to be rated at the 100% level. If you meet one of these criteria, you’re also eligible for a 100% rating:

Sleep apnea is a serious condition in which you stop breathing for short periods of time while you sleep. Sleep apnea can cause fatigue, mood swings, and even heart problems. If you suffer from sinusitis, you’re at a higher risk of developing sleep apnea.

A veteran with chronic sinusitis (and does not properly treat it) is more likely to develop sleep apnea. This is because the inflammation of your sinuses can cause congestion and block your airways, making breathing difficult, especially at night.

Symptoms of sleep apnea include snoring, stopping of breathing, waking up gasping for air, always being tired during the day, morning headaches, mood swings, and even depression.

How the VA Rates Sleep Apnea Secondary to Sinusitis

The VA has awarded veterans ratings for migraines that are secondary to service-connected sinusitis. However, migraine headache claims can be challenging.

To win a secondary claim, you’ll want to provide medical evidence showing that you experienced migraines due to sinus-related pain and pressure from your sinusitis. Being seen by your doctor and documenting these episodes is critical.

Tracking your migraines is a requirement to win this type of claim. You can use an app called Migraine Buddy to track the frequency and severity of your migraines. Be sure to note any days where your migraines coincide with sinus pressure to help link the two together.

How the VA Rates Migraine Headaches Secondary to Sinusitis

The VA rates migraine headaches at 0%, 10%, 30%, or 50%. Earning a VA rating for headaches secondary to sinusitis depends on the frequency of your symptoms.

To earn a rating greater than 0%, your migraines must be considered “prostrating.” This means they’re so severe and debilitating that you have to rest for long periods and aren’t able to do anything. If you’re dealing with these types of migraines, you’ll be rated based on how frequently they happen:

Create a Plan for Filing for Your Secondary Conditions

How to prove VA secondary conditions to sinusitis?

If you include these three elements that are critical to winning your claim, you’re much more likely to get a favorable outcome. Plan to include these elements to create a fully developed claim:

By filing a fully developed claim from the start, you’re making your life that much easier! The wait time will be less, and you’re more likely to get the result you deserve from your regional VA office the first time around without being forced to appeal the decision to keep pursuing the rating you rightfully deserve.

We’ve supported more than 20,000 veterans to win their claims and increase their ratings. NOW IT’S YOUR TURN. 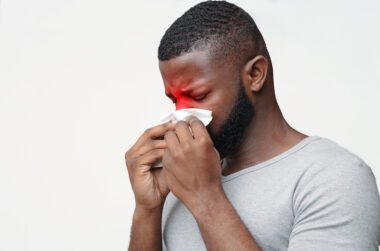 In this guide, we'll explore how to get a Sinusitis VA Rating even if you’ve already filed or been denied benefits in the past. VA Disability for Sinusitis ranges from 0% to 50% with breaks at... continue reading