In this guide, we’ll explore how to get a Sinusitis VA Rating even if you’ve already filed or been denied benefits in the past.

The highest scheduler VA Disability Rating for Sinusitis is 50 percent, with symptoms such as:

Your final VA Rating for Sinusitis depends upon the Frequency, Severity, and Duration of symptoms and any impairment or loss (e.g., work impacts).

It’s important to note that the VA will only rate Chronic Sinusitis, NOT Acute Sinusitis (more on that below).

Veterans who suffer from Chronic Sinusitis have an increased risk of developing Obstructive Sleep Apnea, in which case, you can file a VA claim for Sleep Apnea secondary to Sinusitis.

Okay, let’s jump into this Insider’s Guide for getting a service connected disability rating for Sinusitis.

What is Sinusitis in Veterans?

If you get sinus infections often, and for a sustained period, they’re considered “chronic.”

Chronic Sinusitis, also called “Chronic Rhinosinusitis,” arises when the spaces on the inside of your nose and head become swollen and inflamed for three months or longer, regardless of medical treatment.

Chronic Sinusitis is a common condition in veterans, especially those exposed to burn pits; it interferes with the way mucus drains, leaving you with a stuffy nose.

Thus, breathing through your nose might be difficult, and the area around your eyes could be swollen or tender.

Chronic Sinusitis can come about by an infection, nasal polyps, or swelling of the inner lining of your sinuses.

There are two primary types of Sinusitis:

Common Signs and Symptoms of Sinusitis:

According to the Mayo Clinic, symptoms of Sinusitis in veterans include:

To be eligible for a Chronic Sinusitis VA Rating, a veteran must meet three (3) criteria by law:

If you think you have Chronic Sinusitis, but don’t have a medical diagnosis, pick-up the phone and call the VA health facility nearest you to make an appointment right away!

If you’re trying to increase your VA rating for Sinusitis, you need to prove to the VA that your symptoms are now worse and warrant the higher rating criteria by law.

The #1 best way to increase your VA rating for Sinusitis is to have objective medical evidence to show your symptoms have worsened over time.

Is Sinusitis a VA Disability?

However, your Sinusitis must be considered “Chronic” to be eligible for VA disability benefits.

How Do I Get a Sinusitis VA Rating?

There are 3 primary ways a veteran can get a VA disability rating for Sinusitis (Chronic):

#1: Direct Service Connection for Sinusitis with a rating of 0%, 10%, 30%, or 50%. This means an in-service event, injury, or disease related to your military service caused you to develop Sinusitis.

#2: Secondary Service Connection for Sinusitis with a rating of 0%, 10%, 30%, or 50%. For example, a veteran can be rated for Sinusitis secondary to Deviated Septum.

#3: Sinusitis “Presumptive” to Burn Pit Exposure with a rating of 0%, 10%, 30%, or 50%. If you served in the Gulf War region during the presumptive period, the VA assumes your Sinusitis is related to burn pits. The presumptive period for particulate matter exposure is Afghanistan, Djibouti, Syria, and Uzbekistan during the Persian Gulf War, from September 19, 2001, to the present, OR the Southwest Asia theater of operations from August 2, 1990, to the present. To be eligible for presumptive VA benefits, you must have developed Sinusitis within 10 years of your separation from active duty military service.

What is the Reasonable Doubt Rule for Sinusitis?

The reasonable doubt rule, also known as the Benefit of the Doubt Doctrine, means that the evidence provided by the veteran must only persuade the decision maker that each factual matter is “at least as likely as not.”

When, after careful consideration of all evidence, a reasonable doubt arises regarding service origin, the degree of disability, or any other point, such doubt will be resolved in favor of the veteran.

The courts further likened the reasonable doubt rule as akin to the principle in baseball that the “tie goes to the runner.”

When in doubt, the benefit is ALWAYS given to the veteran.

Independent providers and C&P examiners must consider and give weight to the veterans self-reported symptoms when completing their DBQ for Sinusitis.

What Are the VA Disability Ratings for Sinusitis?

Note: An “incapacitating episode” of Sinusitis means you require bed rest and treatment by a physician.

Pro Tip: Were you exposed to Burn Pits? If you served in Afghanistan, Southwest Asia or certain other regions and developed sinusitis, rhinitis, rhinosinusitis, or asthma within 10 years from your separation from active duty service, these respiratory conditions are presumed to be service-connected. This is especially big news for Afghan war veterans.

What Are VA Secondary Conditions to Sinusitis?

Here’s a list of common VA secondary conditions to Sinusitis:

What Should I Expect at a VA C&P Exam for Sinusitis?

A C&P exam for Sinusitis involves a series of verbal questions, to include a physical examination, and diagnostic testing (X-Rays, CT scans, or MRIs, if none have been performed).

The following are a list of common questions asked at a VA C&P exam for Sinusitis, based on the DBQ for Sinusitis:

#1. Does the veteran now have, or has he/she ever been diagnosed with Sinusitis?

If yes, describe the history and onset of the condition.

#2. What are the sinuses affected by the Chronic Sinusitis?

#3. Does the veteran currently have any findings, signs, or symptoms attributable to Chronic Sinusitis?

If yes, check all that apply:

#4. Has the veteran had NON-INCAPACITATING episodes of Sinusitis characterized by headaches, pain, and purulent discharge or crusting in the past 12 months?

If yes, provide the total number of non-incapacitating episodes over the past 12 months.

#5. Has the veteran had INCAPACITATING episodes of Sinusitis requirement prolonged (4 to 6 weeks) of antibiotics treatment in the past 12 months?

If yes, provide the total number of incapacitating episodes of sinusitis requiring prolonged (4 to 6 weeks) of antibiotic treatment over the past 12 months.

#6. Has the veteran had sinus surgery?

If yes, indicate the type of surgery and results.

#7. Are there any other pertinent findings of Chronic Sinusitis?

#8. Have imaging studies of the sinuses or other areas been performed?

If yes, indicate the type and results.

#9. Is there any evidence of a Deviated Septum?

#10. Does the veteran’s Chronic Sinusitis impact his/her ability to work?

If yes, describe impact of each of the veteran’s sinus, nose, throat, larynx, or pharynx conditions, providing one or more examples. 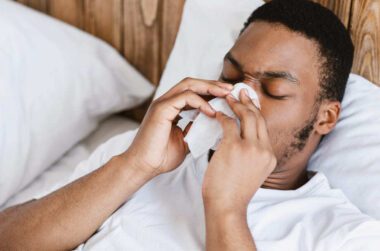 Is Your Sinusitis Causing other Disabilities? 4 VA Secondary Conditions to Sinusitis

VA secondary conditions to sinusitis can be severe and debilitating. If you're a veteran who suffers from sinusitis, you must understand the different conditions that can be caused by this illness... continue reading 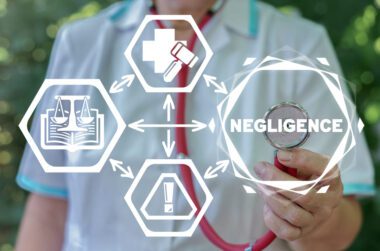