How to Prove You Have Combat PTSD

Post-traumatic stress disorder (PTSD) is a mental health condition that can cause a variety of often debilitating mental health symptoms. For the millions of veterans dealing with these symptoms after engaging in combat, the condition is called combat PTSD.

Sometimes known as “shell shock” or combat stress, PTSD occurs following severe trauma or a life-threatening event. It’s normal for the mind and body to be in shock after experiencing or witnessing such an event. The problem is that this normal response can become entrenched or “frozen” in your nervous system—and that’s when it becomes PTSD.”

It can be hard for many veterans to get past the memories of the event or experience(s) that led to their combat PTSD. If left untreated, combat PTSD can interrupt your life, prevent you from living in the present, and impact your ability to function in everyday life.

Veterans are at a much higher risk of developing PTSD than those who didn’t serve in the military. It’s estimated that veterans are four times more likely to develop PTSD than non-veterans.

Over 1 million veterans have a VA disability rating for PTSD. If you’re dealing with PTSD as a result of your combat experiences, you aren’t alone! You could be eligible for VA health care, compensation, and treatment for PTSD.

Read on to learn more about combat PTSD and how you can file a claim to get help.

Is PTSD a disability?

PTSD is absolutely a disability. The VA recognizes PTSD as a service-connected mental condition that impacts the lives of veterans and their ability to work.

While the VA classifies PTSD events as either combat PTSD or non-combat PTSD, this article focuses on helping veterans receive a combat PTSD disability rating.

What is Combat PTSD?

Combat PTSD is defined by the VA as exposure to traumatic events during war. This exposure could include life-threatening combat situations, but witnessing injury and death or handling human remains can also be traumatic and can trigger PTSD.

To receive a combat PTSD diagnosis, you must have experienced a combat stressor event in the VA’s eyes. You must show the VA that there was a stressor event related to your military service causing your condition.

To win a combat PTSD claim, the VA will require that you have exposure to actual or threatened death or serious injury in one or more of these ways:

Specific examples of combat stressors include:

Receiving hazardous duty pay is another example of a way to prove you were in combat.

Now that we’ve identified examples of stressors that could lead to combat PTSD, let’s talk about specific symptoms you may be dealing with.

What are signs of combat PTSD?

Veteran PTSD symptoms typically fall into four categories: reexperiencing, avoidance, numbing, and hyperarousal. We break these down below and give examples of how your PTSD could be impacting your daily life.

How long does it take for signs and symptoms of combat PTSD to appear?

The timing of combat PTSD varies from veteran to veteran. Many veterans start dealing with signs of combat PTSD within three months of the event, but sometimes PTSD takes longer to show up. Some veterans don’t experience signs until after returning home from deployment. Sometimes symptoms take months or even years to develop. Other veterans may have signs and symptoms within hours of the traumatic event.

If you or someone you love is dealing with suicidal ideations, don’t wait. Please call the National Suicide Prevention Lifeline at 1-800-273-8255 and press option 1.

How to file a VA claim for Combat PTSD

To file a VA claim for combat PTSD, you’ll be required to prove these three elements:

Keep in mind that to be diagnosed with PTSD, your symptoms must last at least one month.

There are two forms you’re required to submit with your combat PTSD claim. The first form is filled out by you, and the second form is completed by a medical examiner.

To file a claim for combat PTSD, you must use VA Form 21-0781: Statement In Support of Claim for Service Connection for Post-Traumatic Stress Disorder (PTSD). This form is for first-time filers of PTSD.

To complete this form, you’ll need to gather details about the specific combat event or events causing your PTSD:

You can attach additional pages and include more information if you run out of space.

DBQs are forms completed by your doctor. They provide medical evidence to the VA regarding your condition to help the VA make a disability compensation decision.

If you’re filing for combat PTSD for the first time, your DBQ will be completed by your Compensation & Pension (C&P) examiner.

This form asks providers to detail:

The criteria section of this form is vital, as the VA uses the criteria and symptoms to determine which rating level you meet for combat PTSD.

How can you prove combat PTSD?

If your records show you were involved in combat, your statement on VA Form 21-0781 is usually enough evidence to prove service connection to the stressor event causing your PTSD.

In these cases, your statement is enough to establish a service connection for the stressor if you meet one of the following requirements:

The VA will verify that you were in combat by checking your DD-214 and looking for combat medals, awards, or some indication of combat action.

If the VA cannot verify the event by your DD-214 alone, they can also use these documents:

You can also prove combat PTSD by making sure your lay statement is detailed and makes sense. You’ll want to write your statement in a logical way that explains how the incident happened in your regular line of duty.

It’s essential to consider the routine duties that a service member with your Military Occupational Specialty (MOS) would be conducting. For instance, if you were a helicopter mechanic and your statement discusses receiving mortar fire while out on the flight line performing your duties, this makes logical sense.

Should you include a buddy letter in your combat PTSD claim?

Generally, the VA’s evidence requirements to prove service connection for combat stressors are not extremely stringent. However, if your combat engagement is not shown in your military records, an option to give the VA more proof of your combat stressor is to include a buddy letter with your claim. Someone in your unit who can corroborate your personal statement could give the VA additional evidence.

It’s important to note that VA Claims Insider used to frequently recommend “buddy letters” from first-hand witnesses for these and other claims. However, over time we’ve come to discourage buddy letters in many cases, having seen buddy letters “muddy the waters” and hurt more than help a claim. The problem is that conflicting information from lay witnesses can actually slow down your claim and even lead to denial.

Generally we now recommend that you skip the buddy letter, and stick to your own well-crafted personal statement. That way, you control the narrative, the wording and the details and can ensure consistency. You get to tell your story directly to the rater through a strong statement in support of claim.

If you do decide you need a buddy statement in your particular case, you want to ensure that your fellow service member writes a report that matches your account. The best person to write a statement would be someone who experienced the same event, or witnessed you experiencing the stressor and was in the same place with you during the event. Your written circumstances surrounding the stressor MUST align closely.

How does the VA rate PTSD?

The VA uses the 38 CFR PTSD rating scale to rate PTSD. The VA rates veterans with service-connected Combat PTSD at 0 percent, 10 percent, 30 percent, 50 percent, 70 percent, and 100 percent, depending on severity and symptoms. The average VA disability rating for PTSD is 70 percent.

To learn more, read our article on how the VA rates PTSD.

Does combat PTSD go away?

It’s possible, but not common, that PTSD resolves completely. While symptoms of PTSD may never completely go away, the good news is combat PTSD symptoms can get better. Most veterans’ symptoms improve over time, especially with treatment, self-care, and other interventions and support.

Sometimes the condition can last for years; however, sometimes symptoms resolve after a few months. It can also wax and wane.

The intensity of your PTSD symptoms and how long you deal with these symptoms are often influenced by the severity of the traumatic event you lived through. How your brain was impacted by the trauma, and the length of the trauma, can also affect your condition. 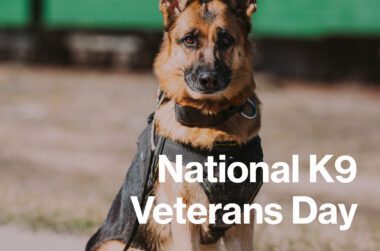 March 13, 2022, is the official national holiday for K9 veterans. As important as it is for us to take time to reflect and appreciate the sacrifices of our armed forces, let's not forget the brave... continue reading 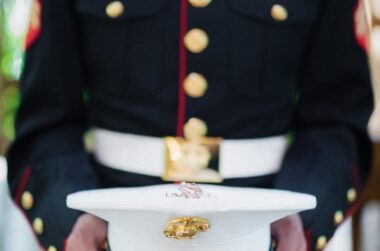 Human Error, an Elite Success Story Sometimes, you can do everything right when submitting your VA disability claim, and things can still go wrong. That was certainly the case with Marine... continue reading