How do I Win a VA Claim Secondary to Tinnitus?

Congratulations! Your Tinnitus is recognized by the VA as service-connected. But what can you claim next? Possibly a VA claim secondary to tinnitus.

Tinnitus is the MOST COMMON DISABILITY claimed by veterans – more than PTSD and TBI. In 2018, nearly 2 million veterans had service-connected Tinnitus, according to the VA. Veterans are at a higher risk of developing this disability because the line of duty exposes them to loud noises and traumatic events. But did you know that you could claim secondary conditions to Tinnitus?

Tinnitus is mostly defined as ringing in the ears. But the American Tinnitus Association identifies several other sounds which can be heard by a patient like whooshing, hissing, buzzing, static/white noise, crickets, screeching, roaring, pulsing, ocean waves, dial tones, and sometimes music. Exposure to gun fires and explosions are the main causes of Tinnitus for veterans. Apart from this, there are studies correlating the onset of Tinnitus with psychological trauma.

Now that you got service-connected, you know there is no chance to get a higher rating for Tinnitus other than 10%. That is the highest and only rating you’re going to get for this disability. The next best thing to do is to file for another claim for a different primary condition OR file for a condition which you think is or can be linked to your service-connected Tinnitus.

Did you know that there are a few disabilities you can secondarily associate with Tinnitus?

According to a study from the International Journal of Otolaryngology entitled: “The Correlation of the Tinnitus Handicap Inventory with Depression and Anxiety in Veterans with Tinnitus” (Volume 2015, Article ID 689375), 70% of Tinnitus patients may present psychiatric comorbidities. In the earlier section, it is emphasized that mental problems lead to Tinnitus; but there are also instances when the causal relation may be reversed.

Anxiety, depression, and even PTSD can also be consequences of Tinnitus. The negative emotional impact of having to bear with this disability frequently, if not daily, can develop into a psychological struggle.

Even for a civilian, it is easy to understand how Tinnitus patients can experience mental troubles. Imagine having to live with constant or intermittent sound rattling in your ear every day. Won’t you be depressed, frightened, or agitated?

To prove a secondary mental health connection, you need to:

This condition can be rated one of two ways: once under this code, or three ratings, one under tinnitus, one under hearing loss, and one as a peripheral vestibular disorder, can be combined. Choose the rating option that gives the higher rating.

If Tinnitus can cause psychological problems and mental alertness at the same time, it is not far off to conclude that it can eventually lead to debilitating exhaustion. In this case, veterans with Chronic Fatigue Syndrome (CFS) can file for a secondary claim.

If you are a Gulf War veteran, this is an even better option for you because CFS is part of the presumptive disabilities for those who served in Southwest Asia with at least a 10% disability rating. Again, tinnitus’ lone rating is 10%, so you will automatically qualify for this presumptive service connection.

To win a tinnitus-related claim for Chronic Fatigue Syndrome, you should get:

Tinnitus, as a hearing disorder, can easily be linked to other ear-related disabilities, namely, dizziness and vertigo. It can be claimed under Diagnostic Code 6204: Peripheral Vestibular Disorders. The constant noise in the ear can disrupt a person’s sense of balance and motion.

If deemed with secondary service-connection, you may be rated at 30% if there’s relative difficulty in walking or maintaining balance. Other than that, occasional episodes of dizziness and vertigo are awarded 10% rating.

How to get secondarily service-connected for dizziness and vertigo?

What’s next for my VA Claim Secondary to Tinnitus?

You need to service-connect your Tinnitus first before filing for the above-discussed secondary claims. Don’t have this connection yet? Ring us now for help in getting a secondary service connection to Tinnitus! Hotline: (737) 241-9823

Or sign up directly for our Elite Program through this link! 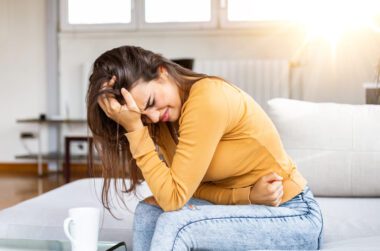 9 Tips to Win Your VA Rating for Diverticulitis

If you're one of the many veterans who suffer from diverticulitis, you know how debilitating this condition can be. As insiders, we want to make sure you get the VA rating you deserve. Let us arm... continue reading 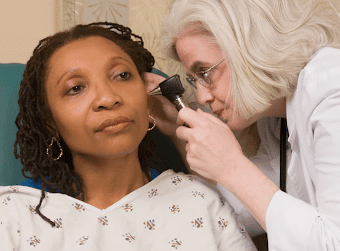 VA Rating for Vertigo and Meniere’s Disease If you are one of the millions of Americans who suffer from vertigo or Meniere’s disease, you know how debilitating these conditions can be. If... continue reading