If you’re a Blue Water Vietnam veteran, your path for filing and winning a VA claim for Agent Orange-linked illnesses is now much easier, thanks to the Blue Water Navy Vietnam Veterans Act of 2019.

Before 2020, it was much more difficult for Navy veterans to get the disability benefits they rightfully earned for herbicide exposure and Agent Orange conditions. Navy Vietnam veterans who served within 12 nautical miles off the shore of Vietnam were often denied disability claims compared to veterans who deployed on the ground in Vietnam—even if they had the exact same condition and diagnosis.

Upwards of 90,000 veterans served on ships in Vietnam’s territorial waters during the war. These ships rarely docked in Vietnamese ports. Yet, these veterans were often exposed to the same harmful effects of Agent Orange and later developed severe medical conditions due to their exposure.

Who is a Blue Water Navy Vietnam veteran?

If you served on a Navy or Coast Guard vessel during Vietnam and never went ashore, you’re likely considered a Blue Water Navy Vietnam veteran.

You must have served in the offshore waters of Vietnam anytime between January 9, 1962, to May 7, 1975. “Offshore waters” are considered within 12 nautical miles off the coast of Vietnam.

How can I prove I’m a Blue Water Navy veteran?

You may know that you meet the above requirements and are a Blue Water veteran, but the VA will require proof when filing your disability claim.

If you served onboard a Navy or Coast Guard vessel during Vietnam, you should include a few specific details to prove your service in Vietnam’s territorial waters:

Before the 2019 update, Navy Veterans had to provide evidence they went ashore to receive presumptive service connection for any illnesses they filed a claim for related to herbicide exposure. To help with this, the VA maintained a ship list of all ships known to operate in close coastal waters that delivered supplies or troops ashore, had crew members go ashore, or operated temporarily on Vietnam’s inland waterways.

The VA no longer requires you to provide evidence you went ashore.

We know how difficult it can be to remember or find out the date you first sailed within 12 nautical miles of Vietnam. There are a few tools you can use to search for this info.

The ship list only contains vessels that operated within inland waterways or sent sailors to shore in Vietnam. If your vessel isn’t on this list but you operated within 12 nautical miles of Vietnam, you can use the National Archives and Records Administration (NARA).

NARA has digitized Navy and Coast Guard logs for ships with Vietnam service. You can find these Navy deck logs in the National Archives Catalog.

What is a Blue Water Navy Claim?

Blue Water Navy Vietnam veterans were exposed to various different harmful chemicals. Many of these were dangerous herbicides, the most famous being Agent Orange.

Agent Orange is a dangerous herbicide used during Vietnam to deforest the dense jungle to make it harder for the enemy to hide and grow crops.

There is a list of 17 conditions already presumed by the VA to be associated with exposure to Agent Orange as a result of service in Vietnam. (This is called presumptive service connection—you can read much more about it in our complete guide: Vietnam Veterans: Is Your Medical Condition on the Agent Orange Presumptive List? )  The Blue Water Navy Vietnam Veterans Act makes qualified Navy veterans eligible for presumptive service connection for these conditions.

These last three conditions listed above are included only IF they become at least 10 percent debilitating within one year of exposure.

A Blue Water Navy veteran with one (or more) of the conditions listed above should be awarded service connection on a presumptive basis as long as they meet the other requirements for a disability claim. (You won’t have to prove a nexus when filing your claim, but you’ll still have to prove a current diagnosis and the in-service event or injury.)

Benefits may also extend to children with spina bifida whose Blue Water Navy veteran parent may have been exposed while serving.

If my Blue Water Navy Agent Orange claim was previously denied, how do I file again?

If you served in Vietnam’s territorial waters between 1962 and 1975 and have a medical diagnosis of one of the 17 illnesses listed above, you may be eligible to refile.

To be eligible, the VA must have denied your initial claim by determining that your disability wasn’t caused—or made worse—by your active-duty service. This is due to the lack of presumptive service connection before the 2019 Blue Water Navy Vietnam Veterans Act.

To file again, you should file a supplemental claim (if you filed and were denied before January 1, 2020) since the law changed in 2019. You can use VA Form 20-0995 to file again. Including the dates your vessel traveled within the offshore waters of Vietnam, or updated medical information, will help your claim.

The VA automatically reviews claims under appeal for veterans who served offshore in Vietnam. The VA has over 60,000 denied claims they’re currently working to review. The VA is also sending letters to Blue Water Veterans who were previously denied, inviting them to file again.

What if I’m the surviving spouse of a Blue Water Navy veteran?

Survivors of deceased veterans who would have been eligible to file (or file again) can also apply for benefits. Spouses who file and are approved may be awarded Dependency and Indemnity Compensation (DIC) by the VA.

Will the VA award me back pay if my new claim is approved?

Retroactive pay for Blue Water veterans depends on the type of claim you file. If this is the first time you’re filing, you’ll likely receive back pay to the first day you filed. If you’re filing again, you could receive back pay to the start of the Blue Water Navy Vietnam Veterans Act, which took effect January 1, 2020. The VA will determine your effective date on a case-by-case basis.

What if my condition isn’t on the Agent Orange presumptive list?

If you’re suffering from a condition that you believe is linked to Agent Orange but isn’t on the presumptive list, you still may be able to receive compensation for your disability—it just won’t be presumed service-connected if it’s not on the list. You’ll have to prove service connection, as with a standard claim.

To establish a service connection for your disability without the presumption, you would need to include in your claim ALL of the following:

You’ll need to prove a medical nexus with an independent medical opinion (IMO) that links your service to your disability. You’ll also need to provide evidence suggesting a link between the health condition and Agent Orange, if that condition is not on the presumptive list. You may be able to find scientific or medical evidence that connects your illness to Agent Orange. Medical journals and published research studies are good places to begin your research.

If you think you may be experiencing health conditions linked to Agent Orange exposure but don’t yet have a medical diagnosis, you can call the VA Environmental Health Coordinator nearest you and make an appointment to get an Agent Orange exam.

Get help with your claim—and the compensation you deserve.

Regardless of whether or not you qualify for a Blue Water Navy Veteran Vietnam presumptive claim, it’s important to pursue monthly compensation and benefits for any disabilities connected to your military service.  AND WE CAN HELP.. 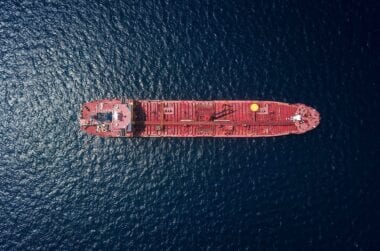 Keep reading to learn more about benefits for Blue Water Vets! Have you ever met a Navy Veteran who served off the shores of Vietnam who worked on the flight deck of a Navy Vessel during the late... continue reading 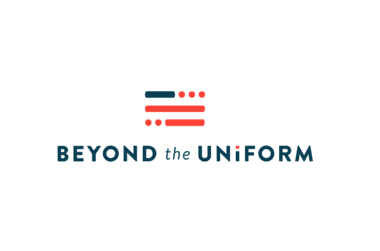 VA Claims Insider Founder Brian Reese talks veteran benefits, the power of vulnerability, and why he’s so passionate about serving fellow veterans In this uplifting conversation with fellow... continue reading