In this post, we will be exploring the 70 VA disability for PTSD rating in detail.

So let’s take a minute to explore the law regarding the level of occupational and social impairment required to meet the 70 PTSD rating.

PTSD among the easiest VA disability claims to win

According to the easiest VA claims to win data, PTSD is in the top 3 across all groups of veterans.

25.9% of all VA disability recipients for PTSD have a 50 PTSD rating.

28.0% of all VA claim recipients for PTSD have a 70 VA disability for PTSD rating.

eCFR Title 38, Part 4, the Schedule for Rating Disabilities lists the general rating formula for all mental disorders, including PTSD.

The 70 VA disability for PTSD rating has fairly severe occupational and social impairment criteria and includes symptoms as follows.

“Occupational and social impairment, with deficiencies in most areas, such as work, school, family relations, judgment, thinking, or mood, due to such symptoms as: suicidal ideation; obsessional rituals which interfere with routine activities; speech intermittently illogical, obscure, or irrelevant; near-continuous panic or depression affecting the ability to function independently, appropriately and effectively; impaired impulse control (such as unprovoked irritability with periods of violence); spatial disorientation; neglect of personal appearance and hygiene; difficulty in adapting to stressful circumstances (including work or a worklike setting); inability to establish and maintain effective relationships.”

Whereas the 50 PTSD rating is noticeably less severe, and includes the following symptoms:

“Occupational and social impairment with reduced reliability and productivity due to such symptoms as: flattened affect; circumstantial, circumlocutory, or stereotyped speech; panic attacks more than once a week; difficulty in understanding complex commands; impairment of short- and long-term memory (e.g., retention of only highly learned material, forgetting to complete tasks); impaired judgment; impaired abstract thinking; disturbances of motivation and mood; difficulty in establishing and maintaining effective work and social relationships.”

A big misconception among veterans is that you need to meet ALL the subjective symptoms tied with a certain rating criterion for PTSD in order to get that rating.

This is simply not true.

The Rating Veteran Service Representative (RVSR) will consider all the evidence of record, and normally will assign the VA rating for PTSD that includes the “preponderance of the symptoms.”

The opposite is also true.

According to §4.126, evaluation of disability from mental disorders, the RVSR (VA Rating Official) is required to consider these two rules:

(1) When evaluating PTSD, the rating agency shall consider the frequency, severity, and duration of psychiatric symptoms, the length of remissions, and the veteran’s capacity for adjustment during periods of remission. 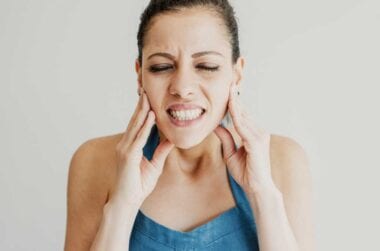 A Guide to Claiming Bruxism Secondary to PTSD

Many veterans with PTSD grind their teeth, either while sleeping or awake (or both). Grinding your teeth may seem like a harmless habit, but it's actually connected to a variety of underlying... continue reading 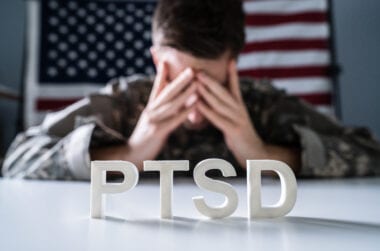 In this post, I’m going to show you how to get a VA PTSD increase from 50 to 70, even if you’ve already filed your VA disability claim increase or been denied in the past. PTSD is rated on a... continue reading