Why VA? Did you know that the roots of today’s VA stem from the seeds planted by some of the first settlers and English colonies in North America?

In this post, Brian Reese, Founder of VA Claims Insider will explain “WHY VA” by examining its storied history of “Serving Those Who Served.”

Why VA: A Brief History

In 1636, an early Plymouth Colony law provided pensions for soldiers wounded in battle.

140 years later, shortly after the start of the Revolutionary War in 1776, the Second Continental Congress passed the nation’s first pension law to encourage enlistments and reduce desertions.

Next, during the Civil War, came The General Pension Act of 1862.

The act provided disability payments to Union soldiers based on their degree of disability, which included compensation for diseases or injuries incurred in-service.

It marked the first time that a law covered disability compensation benefits.

It also recognized and included disabilities from both peacetime and wartime military service.

While progress during this period included better care and benefits to Veterans and their families, federal Veterans programs still lacked a unified and governing body to oversee and standardize operations to help the millions of dead, wounded, or sick following the Civil War.

President George H. W. Bush hailed the creation of the new Department, saying, “There is only one place for the Veterans of America, in the Cabinet Room, at the table with the President of the United States of America.”

While today’s VA is a compilation of our diverse and storied past, its Mission to care for veterans and their families can be traced back to President Abraham Lincoln.

As the country braced itself for the final throes of the Civil War, thousands of spectators gathered during the dark, rainy, and muddy day near the U.S. Capitol to hear President Lincoln’s second inaugural address.

It was March 4, 1865, a time of sadness and great uneasiness among a wary and divided nation.

At just 701 words, the third shortest presidential inaugural address in American history, President Lincoln needed only seven minutes to deliver some of the memorable phrases ever recorded.

In the speech’s final paragraph, President Lincoln shifted the solemn tone of the reasons for war (slavery) to help create a new vision for America, even calling for unity, healing, and reconciliation:

“With malice toward none, with charity for all, with firmness in the right as God gives us to see the right, let us strive on to finish the work we are in, to bind up the nation’s wounds, to care for him who shall have borne the battle and for his widow, and his orphan, to do all which may achieve and cherish a just and lasting peace among ourselves and with all nations.”

And with that final phrase, “To care for him who shall have borne the battle and for his widow, and his orphan,” President Lincoln affirmed the government’s obligation to care for veterans and their families.

Those immortal words spoken by President Lincoln became the VA’s Mission Statement in 1959.

And his words have stood the test of time and stand today as a reminder of why VA’s commitment to caring for those injured in our nation’s defense and the families of those injured or killed in-service.

From the first English colonies in North America to President Lincoln’s call to care for and serve veterans and their families, today’s VA is the federal agency responsible for serving the needs of veterans and their families by providing health care, VA disability compensation and rehabilitation, education assistance, home loans, and national cemetery services, among others.

As we stand in the present and look toward the future, let us always remember our storied past, to all who have served or are serving, and all those who fulfill Lincoln’s promise to serve and honor America’s Veterans! 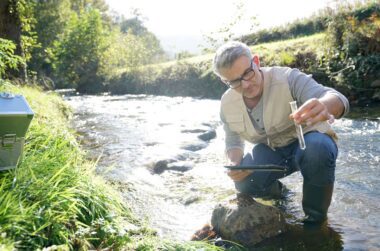 VA Camp Lejeune Presumptives Did you know that as many as one million people may have been exposed to water contamination from a U.S. military base, Camp Lejeune, between 1953 and 1987? Eight... continue reading 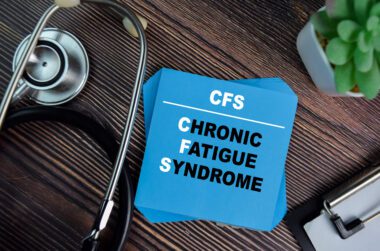 How to Service-Connect Your Chronic Fatigue Syndrome

If you are one of the many veterans who suffer from chronic fatigue syndrome, you know how difficult it can be to live with this condition. One of the first steps towards getting treatment is to... continue reading