This is the second part Richard Shuminsky’s VA Disability story- the path to 100% p&t. To read part one, visit here!

I was told I was 0% disabled by the VA and I accepted it. I, like most Veterans, was trying to get my footing in the civilian word and really see where I fit. I was struggling in college, going from doing Heating Ventilation and Air Conditioning in the Air force to an informatics degree at a major college. I just did not see the value in fighting the VA.  As time went on, I graduate from college, got a job, had a family, and then physically my body gave out.

I was in the ER multiple times a year for back issues and debilitating migraines. I had to go get carbon fiber braces for each of my knees, custom insoles in my shoes, I was diagnosed with graves disease and sleep apnea all within a week.  This took a huge tole on mentally, I was only in my early 30’s and I was physically and mentally broke. My doctor told me I can never work a physical labor job again, I can’t work a job where I sit or stand for too long, then I was told that my back was inoperable. I can’t continue to work at my current job and most jobs overall.

This realization triggered me that I must get past the mindset that I’m not disabled, and I don’t deserve VA disability. I was never in combat, why do I deserve the disability? I don’t want to take something from someone else who needs it. I decided to step into the ring and battle the VA for what was rightfully mine.

First stop, my old VSO. Called up my VSO told him my situation. He “Richard, we can not go for an increase until you get those DBQs filled out”. Got it! Hung up and immediately got on the phone with my VA PCP, she said she would not fill out a DBQ and brushed me off. I found this odd but ok, on to the next one! Called all my specialist doctors, my mental health doctors and everyone who I called refused to fill out this dang disability benefits questionnaire.

I called my VSO and asked him, what should I do next. At this point, he questioned me “Richard are your disabilities really getting worse?” I thought to myself; this guy has no idea what I’ve been through and is not a medical expert. After the call, I decided to use my resourcefulness and go about this myself. I studied Military Disability Made Easy, talked to other Vets online and finally submitted a claim on my own on ebenefits.

My VSO called me and was pissed, I filled a claim behind his back, and he threated stop representing me. At this point, I was thinking what did he really do to help me? The answer was clear, nothing.  So, I fired him, I was taking back the control on the claim. I called the VA sent in a statement saying I will represent myself and a month later he was no longer my VSO.

(Just so everyone knows, I’m not anti-VSO, VSO’s serve a great purpose and I’ve met several who have a passion for helping Veterans. This was just my experience with one VSO)

During this time my claim was still going on and I got a call from the VA for a C&P exam. I was well prepared to just use Military Disability Made Easy and nailed the exam. I went from 0 – 60% for just the increases and all my new disabilities were denied.  I knew at this point I could win in my battle with the VA. Now began my journey into where to get the medical evidence I needed to get be successful in my claims journey.

The final portion of Richard’s story is available here. 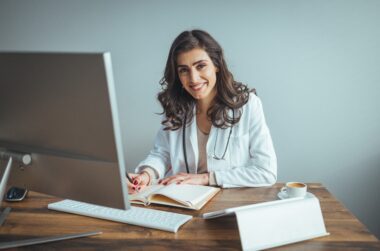 What is a VA ACE Exam? 3 Things Veterans Really Need to Know!

Today, we’ll discuss the three things you really need to know if you get a VA ACE exam. Recently, the VA has been using the Acceptable Clinical Evidence (ACE) exam process for certain... continue reading 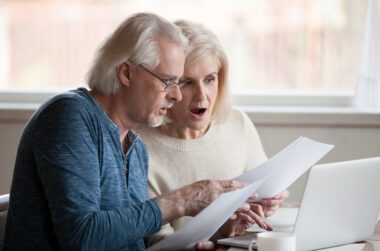 Today, we’ll discuss the 4 best ways to get a copy of your VA Rating Decision Letter, to include why it’s the #1 most important document you’ll receive from the VA. Issuance of a VA... continue reading