In this post, we’ll explore how to get discounted Nexus Letters for Veterans to help establish service connection for their VA disability claims.

While you can’t get free Nexus Letters, you absolutely can get Nexus Letters at discounted prices; we reveal and explain two solid options below to get high-quality Nexus Letters from private healthcare providers at reduced rates.

So, if you want to save time and money, this article is for you!

What Are VA Nexus Letters?

According to Tara Thompson, PA-C and Founder of MRPY Professional Services:

“A VA Nexus Letter is an optional support document for your VA disability claim that discusses in-detail how a current medical condition is either connected to your military service or to one of your service-connected disabilities. It is written by a licensed medical professional who is trained to provide this type of expert independent medical opinion. The key components include a statement of likelihood that the condition is service connected using specific phrases, for example, “at least as likely as not” or “more likely than not,” and a detailed rationale for the opinion. Additional components that can be helpful and may tip the balance in your favor for service connection are references to peer reviewed medical literature and any VA case precedent that apply to the veteran’s claim.”

“A Nexus Letter is an evidence-based document (advisory type opinion) prepared by a private medical professional that helps to establish a link or connection (“Nexus”) between the veteran’s current disability and their active-duty military service.”

Pro Tip: Not all Nexus Letters are created equally nor are they offered equal weight by the VA.

A Nexus Letter is never required, and it does not “guarantee” service connection.

“For a Nexus Letter to have high probative value in support of a veteran’s claim for VA disability benefits, it should be thorough, factual, and include convincing, evidence-based rationale. The letter should also include all records reviewed as well as relevant medical research reports and BVA case law decisions used to help support the doctor’s independent medical opinion. The strongest nexus letters include a nexus statement with the words “at least as likely as not” assuming the independent medical provider believes the veteran’s condition was caused or aggravated by his/her active-duty military service.”

— Brian Reese, Bestselling Author of You Deserve It: The Definitive Guide to Getting the Veteran Benefits You’ve Earned

Do I Need a VA Independent Medical Opinion (IMO)?

While a VA Independent Medical Opinion, also called an “IMO” or a “Nexus Letter” from a private healthcare provider, is never required, there are certain instances where a veteran might want to obtain one to help establish service connection for their VA disability claim.

Here’s a simple litmus test to determine if you should get a Nexus Letter for your VA claim:

A Medical Opinion is not independent; in fact, it’s “dependent” on the VA.

Keep in mind that a C&P examiner will give his/her Medical Opinion at your C&P exam, but that’s not the same thing as an IMO.

An Independent Medical Opinion is exactly the opposite—it’s “independent” of the VA, to include the C&P examiner’s opinion.

If you’re looking for even more validation as to why veterans should get an Independent Medical Opinion (IMO) from a private provider before submitting their claim to the VA, continue reading.

A recent report from the VA OIG review team estimated that 27,900 of 41,100 requests (68%) did not follow required procedures during the review period (October 1, 2020–September 30, 2021) to request a Medical Opinion for a veteran’s VA disability claim.

VA claim processors did not consistently identify relevant medical evidence for the examiner’s review, did not always use adequate language, did not regularly request all warranted medical opinions, and sometimes requested unnecessary medical opinions.

These failings can lead to inaccurate medical opinions, incorrect decisions on veterans’ claims, delayed decisions for veterans, and wasted resources (for example, if the medical opinion is returned for staff to rework).

There’s a rumor going around that private medical evidence for a veteran’s disability claim must come from his/her “treating physician.”

The probative value of the medical evidence should not be discounted just because the evidence comes from a private healthcare provider who is not the veteran’s treating physician (that’s not allowed).

The VA recently clarified that evidence does not need to come from a treating physician, among other things.

However, a treating physician’s familiarity with the history of a disability may increase the probative value of any medical evidence/opinion.

Pro Tip: If an examiner’s conclusion merely echoes the reported history of a claimant, without offering any medical rationale in support, the evidence cannot be deemed an adequate medical opinion and should not be assigned any probative value.

Also note there is no prohibition against acceptance of a VA examination report for rating purposes from a fee-based medical examiner who has previously submitted a statement on the claimant’s behalf.

Where Can I Find Doctors That Write Nexus Letters for Veterans?

Veterans should do research online for the best doctors who write Nexus Letters.

*Disclaimer: Telemedica is a VACI-Affiliated Provider and VA Claims Insider Elite Members can get Nexus Letters and DBQs at 61-67% off Telemedica’s published rates.

A VA Nexus Letter is also incredibly powerful to combat a bad C&P exam, especially if a veteran has been previously denied service connection for a condition in which he/she believes should be service connected.

Veterans: Do You Want a Nexus Letter?

SHOCKER: The data shows the VA is probably going to screw up your request for a Medical Opinion (Nexus)…

But did you know you can meet the “Nexus” requirement INDEPENDENTELY, without the VA, and possibly have a better shot of getting service connected, maybe even without a C&P exam?

By getting a VA Independent Medical Opinion (IMO) from a private provider.

We can help you get a Nexus Letter at reduced rates!!! 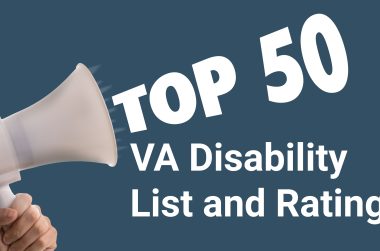 This post is “The Ultimate Guide” to the Top 50 VA Disability Percentages for Conditions. Let’s talk briefly about the methodology we used to create this high-value blog post. First, we... continue reading 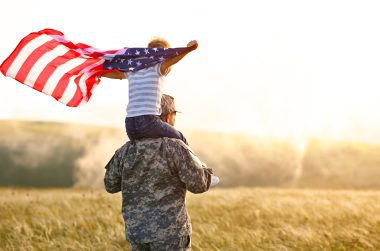 According to the VA’s most recent VA disability compensation report, the most common VA disability ratings by percentage are 100% and 10%. Of the 5,225,420 veterans with a service-connected VA... continue reading