There are many ways to show our appreciation, and we hope you’ll take the time to learn more about how you can support Vietnam veterans.

Thank you to all of the Vietnam veterans out there. We are forever grateful for your service and sacrifice.

Our nation first honored Vietnam veterans on March 29th, 1974 with President Nixon’s declaration on the one-year anniversary of our withdrawal from Vietnam in 1973. This day wasn’t chosen by accident. March 29th, 1973 was the day the last U.S. combat troops left Vietnam. The last American POWs were also released on the same day in 1973—now that’s a cause for celebration!

2022 marks the 49th anniversary of our withdrawal from Vietnam.

In 2012, President Obama signed a proclamation to commemorate the 50-year anniversary of the Vietnam War on March 29th.

Now, our nation celebrates this holiday on the same day every year. President Trump signed an order in 2017 declaring National Vietnam War Veterans Day annually on March 29th.  The new act solidifies the holiday and encourages Americans to show their support for Vietnam War veterans by displaying the flag.

The Vietnam War was a difficult time for America. It was our second major conflict after Korea during the Cold War era, and it lasted for over a decade. The U.S. allied with the South Vietnam government against the communist government of North Vietnam to fight a long bloody conflict.

Although the conflict began in the 1950s, the U.S. military presence didn’t start to build up until the early 1960s and lasted until 1973.

During the war, over 19 million gallons of Agent Orange were dispensed by U.S. troops to combat the Viet Cong. Agent Orange exposure has resulted in devastating health conditions for both the Vietnamese people and Vietnam veterans, and is believed responsible for many of the most common health issues facing Vietnam veterans today.

Why We Honor Vietnam Veterans for Their Sacrifice

The Vietnam War was a profoundly challenging conflict for many reasons, and it claimed the lives of many American soldiers. In total, 58,220 Americans lost their lives in the Vietnam War. Additionally, over 304,000 U.S. service members were wounded during the Vietnam War. These numbers reflect the cost of this war, and the sacrifices Vietnam veterans made for our country.

As if life-altering combat were not enough, most Vietnam veterans endured tremendous repercussions when they returned home from the war. They were met with protests and hostility, and often carried wounds far beyond the physical. A large percentage of Vietnam veterans suffer PTSD from their time in this war. The alarming findings from one study mandated by Congress in 1983 showed that approximately 30% of men and 27% of women had PTSD at some point following Vietnam.

Despite all of this suffering on their return, many Vietnam veterans felt they didn’t receive the support they needed. With a growing anti-Vietnam War sentiment throughout the U.S., there was little to no gratitude shown by the American people for their service and sacrifice. Without adequate support systems in place for healing, many Vietnam veterans turned to drugs and alcohol to ease their pain. Many studies have shown that Vietnam-era veterans have substantially higher alcohol consumption and drug abuse.

Although America may not at the time have done our best for returning Vietnam veterans, today we have an opportunity to show our gratitude to the men and women who served our country during that fraught time. They put their lives on the line to defend our freedoms, and many of them paid the ultimate price. On this day, we honor them—and we also remember the families of Vietnam veterans who have lost loved ones.

Ways We Can Support Vietnam Veterans

Donate Your Time to the VA

If you’re looking to thank and serve our Vietnam veterans on Vietnam Veterans Day, getting involved with VA Voluntary Service is a great option. There are several different options to support our veterans:

You can recognize National Vietnam War Veterans Day by donating your time or money to a local charity. We highly recommend Vietnam Veterans of America. This organization supports Vietnam veterans and helps get veterans the care and respect they’ve earned. We’ve also compiled a list of the 75+ best veteran charities to help veterans 365 days of the year.

Almost nothing honors—and changes—a Vietnam veteran’s life more than getting the highest possible VA rating and the full compensation they deserve.

At VA Claims Insider, this is our number one mission, and we help veterans do this through many avenues, providing education and resources that veterans can use to find benefits and win claims:

Hundreds of thousands of Vietnam veterans are still living with the impact of their service in Vietnam today. Nearly 2.5 million service members were exposed to the dangerous herbicide Agent Orange during the war. To learn more, read our article to find out if you’re impacted by one of the 17 conditions on the VA’s Agent Orange presumptive list.

In addition to Agent Orange, for many Vietnam veterans post-traumatic stress disorder (PTSD) remains a reality of everyday life. In a study conducted by the VA, the VA found nearly 15% of all Vietnam veterans dealt with PTSD as a result of their service, and other studies have suggested percentages much higher. You can read more in our post on combat PTSD.

There are many other ways to honor veterans on this important day. If you know a Vietnam veteran, it might be a good day to thank them for their service, and even to ask if there’s anything you can do to support them.

We hope this Vietnam War Veterans Day 2022 finds you and your family healthy. We again THANK ALL VIETNAM VETERANS and their families for their service to our country! 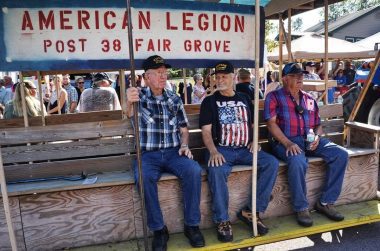 In recent years, the Veterans Administration has acknowledged the link between Agent Orange exposure and certain health conditions and has provided benefits to those who were exposed. This guide... continue reading 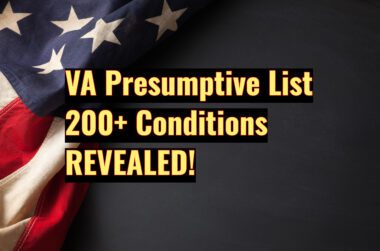 In this post, I’ll reveal and explain the official VA Presumptive List 2023 of more than 200 conditions eligible for presumptive service connection.   What’s the bottom line? Well, in... continue reading