If you served in any of these locations during the Vietnam War and have since been diagnosed with a disease linked to Agent Orange exposure, you may now be eligible for disability benefits.

Agent Orange Use: Most Commonly Recognized in Service Environmental Exposure During the Vietnam War

Agent Orange is a herbicide that was used during the Vietnam War to clear vegetation. It was later found to contain dioxins, which are highly toxic and can cause cancer, birth defects, and other health problems.

Although Agent Orange was used throughout Southeast Asia during the war, it is most commonly associated with the Vietnam War. The U.S military sprayed over 19 million gallons of Agent Orange in Vietnam, Cambodia, and Laos from 1962-1971.

As a result, many war veterans have developed health problems related to their exposure to the toxic herbicide.

The VA has updated its list of Agent Orange exposure locations where service members may have come in contact with the dangerous herbicide.

This information is important because it will help veterans get the necessary care and benefits. Service members exposed to Agent Orange may be at risk for various health problems, including cancer and other diseases.

The VA will provide medical care and benefits to veterans who develop these conditions.

The list of Agent Orange exposure locations includes Thailand, Cambodia, Laos, Guam, American Samoa, and Johnston Atoll. With this updated information, veterans can get the care and benefits they need and deserve.

The Pesticide Control Act of Thai Law bans Agent Orange and other toxic chemicals in Thailand. In particular, the PACT Act recognizes service members who served in any U.S. or Royal Thai military base in Thailand between January 9, 1962, through June 30, 1976, who were most likely exposed to Agent Orange. It is a welcome measure for the many veterans exposed to these dangerous chemicals while serving in the country during the Vietnam War.

In late April 1969, about 270 square miles of French and Cambodian rubber plantations in Kampong Cham Province were covered by sprayed Agent Orange. This spraying was a part of the United States Secret War in Cambodia, which lasted from 1969 until 1973. The purpose of the spraying was to defoliate the area around the Ho Chi Minh Trail, which the North Vietnamese Army used to transport supplies and troops into South Vietnam. However, spray drifts from the spraying-affected areas outside the target zone, including Cambodian villages.

Agent Orange was used extensively in Laos, but little testing has been conducted so the full extent of its usage is not yet known. The War Legacies Project did conduct a study that showed the rate of birth defects in Laos villages sprayed with chemicals was similar to the rates found in heavily sprayed Vietnam villages.

Despite previous denials and debates about whether Agent Orange was used in Guam, there’s evidence that certain Agent Orange components were used during the Vietnam War. Although the full extent of its use is unknown, veterans stationed in Guam or American Samoa during the war were likely exposed to Agent Orange.

In April 1972, the U.S. Air Force began storing Agent Orange on Johnston Island, a small island located off Hawaii’s southern shoreline. The Air Force continued to store Agent Orange on the island until September 1977. During this time, approximately 1.5 million gallons of Agent Orange were shipped to Johnston Island. While most of the barrels were properly stored and sealed, some of them leaked, causing contamination of the island’s soil and water.

Other Benefits From the PACT Act for Veterans

In addition to the updated list of locations where service members may have been exposed to Agent Orange, The PACT Act expands eligibility for VA health care to post-9/11 combat veterans. It creates a framework for establishing future presumptions of service connection related to toxic exposure.

Additionally, the PACT Act adds 23 burn pits and toxic exposure-related conditions to the VA’s list of service presumptions, including hypertension.

With the PACT Act, veterans exposed to toxic substances will finally have the support they need to get the care and benefits they deserve.

If you were stationed in a location with Agent Orange, you may qualify for VA disability compensation benefits, based on a presumption of exposure. If you have a condition associated with Agent Orange exposure, you do not need to provide evidence that your condition is connected to your service.

You may be presumed to have been exposed to herbicides like Agent Orange for VA benefits purposes if you meet at least one of these service requirements:

The eligible Reserve locations, time periods, and units include:

By reading our detailed article, you can learn more about the over 40 conditions on the presumptive list for Agent Orange Exposure and their VA service connection ratings.

Get Help With Your Agent Orange Claim

If you served in the military during the Vietnam war era, you may be entitled to disability benefits for health problems connected to your time in service. These benefits are available regardless of whether or not you were exposed to Agent Orange, and they can make a big difference in your quality of life.

At VA Claims Insider, we specialize in helping veterans get the disability benefits they deserve. We understand the claims process inside and out and know how to navigate the system to get you the maximum compensation you’re owed.

If you’re struggling with a disability connected to your military service or want support on disability claims based on exposure to herbicides, don’t give up. Let us help you get the benefits YOU DESERVE. 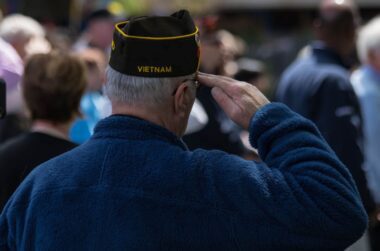 Welcome to our special blog post honoring the 2.7 million U.S. troops who served in the Vietnam War. While every day is a great day to show support for veterans, National Vietnam War Veterans Day is... continue reading 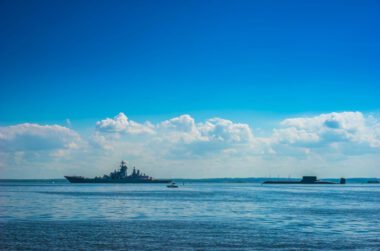