Will There Be a 2023 COLA Increase? MASSIVE 8.9% Social Security Increase Could Be Coming!

In this post, we’ll answer the question: “Will there be a 2023 Social Security Increase?”

Okay, let’s explore how we got to the revised number.

With soaring inflation in the U.S. economy, the Federal Reserve plans to institute a series of 6 rate hikes this year (likely a quarter to half point each), which will increase the federal funds rate to 1.9% by year end, slowing consumer spending and fighting inflation.

Overall, the fed rate hikes are too little too late in our opinion, and thus, with soaring inflation in the economy, we estimate a massive 8.9% 2023 COLA increase.

What is a Cost of Living Adjustment?

A Cost-Of-Living Adjustment (COLA) is calculated automatically each year and is intended to reflect the change in the cost of living over a one-year (365 day) period.

The primary purpose of a COLA increase is to help consumers maintain their spending power relative to inflation.

The Consumer Price Index for Urban Wage Earners and Clerical Workers (CPI-W), which is updated monthly by the Bureau of Labor Statistics (BLS), is the measure used to calculate whether there will be a COLA increase.

The CPI-W is an estimate of the average change in prices of the goods and services purchased by households whose incomes come primarily from clerical or wage occupations.

The BLS measures the price change of each item in a “basket” of goods that the average person purchases, and then it computes overall inflation (weights each of those price changes by the item’s share of spending).

What is the 2023 Social Security COLA?

The percentage increase is rounded to the nearest one-tenth of 1% (0.1%).

The Social Security benefit amount, after applying the COLA, is rounded down to the next lowest dime.

If the CPI-W triggers a COLA this year, the COLA becomes effective in December 2022, and is payable in January 2023.

Social Security payments and 2023 VA disability rates always reflect the benefits due for the preceding month.

In some years, however, the CPI-W does not increase.

In those years, no COLA was payable as required by law, which means the increase is zero.

Benefits don’t get reduced to mirror the lower cost of living and are held to the previous period’s levels.

The Social Security COLA can never be negative, even during times of a decreasing price index.

What is the Cost of Living Increase 2023?

On October 13, 2022, the Social Security Administration (SSA) will announce the 2023 Cost of Living Increase, which VA Claims Insider estimates to be a whopping 8.9%.

With inflation at a 40-year high, primarily due to strong consumer demand and pandemic-related supply constraints, we expect the Federal Reserve to institute a series of three to four rate increases this year, which should begin to curb inflation by the 3rd quarter of 2022.

However, we think it’s too little too late, and inflation won’t slow as quickly as expected, which is why we’re projecting a large COLA increase this year.

How is the COLA Rate Calculated?

We won’t be able to officially calculate the 2023 COLA until the third quarter CPI-W data gets released in the fall of 2022.

But we can use 2022 as an example of how the COLA rate gets calculated each year, and plug-and-play the new CPI-W data as soon as it’s released.

Here’s the formula to calculate a COLA increase:

First, we need to calculate the Average CPI-W Index Points for Third Quarter of 2020 (rounded to the nearest one-thousandth of a point), which was 253.412.

Second, we need to calculate the Average CPI-W Index Points for the Third Quarter of 2021, (rounded to the nearest one-thousandth of a point), which was 268.421.

Source: Bureau of Labor Statistics (BLS) data series for the Consumer Price Index for Urban Wage Earners and Clerical Workers (CPI-W) for 2020 and 2021, at: https://www.bls.gov/cpi/data.htm.

Here’s how we estimated our 2023 cost of living increase number:

First, we need to calculate the Average CPI-W Index Points for the Third Quarter of 2021, (rounded to the nearest one-thousandth of a point), which was 268.421.

Second, we need to estimate the Average CPI-W Index Points for the Third Quarter of 2022, (rounded to the nearest one-thousandth of a point), which is 292.325.

Source: Bureau of Labor Statistics (BLS) data series for the Consumer Price Index for Urban Wage Earners and Clerical Workers (CPI-W) for 2021 and an estimate for 2022, at: https://www.bls.gov/cpi/data.htm.

What Happens If There Is No COLA Increase?

As a result, an automatic COLA in January 2010 was not triggered and the third quarter of 2008 remained the cost-of-living computation quarter (i.e., the benchmark) used to determine if a COLA would be payable in January 2011.

What Programs Are Impacted by COLA?

Social Security COLAs trigger increases in other programs as well.

Although COLAs under the Civil Service Retirement System (CSRS) and the federal military retirement system are not triggered by the Social Security COLA, these programs use the same measuring period and formula for determining their COLAs.

The table below shows historical COLA effective dates, along with the COLA increase percentage since 1984.

The Social Security Administration recently announced a massive 8.7% COLA increase to VA Disability Rates 2023. Disabled veterans with a VA rating of 10% or higher will see their 2023 VA... continue reading 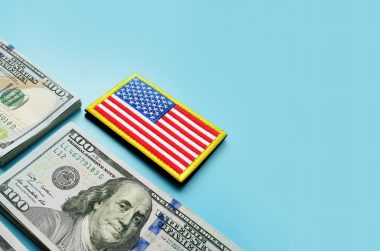