Garrett Anderson is one of our Veterans on the VA Claims Insider team and is sharing his experience in applying for a PTSD claim along with 6 common PTSD misconceptions.

PTSD is prevalent in many people and shows up after witnessing a traumatic event. Symptoms can include things like flashbacks, nightmares, anxiety attacks, and uncontrollable thoughts about the event. Many people with PTSD have extreme difficulty adjusting to daily life after the event. However, PTSD can show up in people’s lives years after the event occurs. Getting timely and professional help can aid your healing process. -taken from Mayo Clinic

When working with Veterans, I begin my initial phone call with clients by introducing myself and providing a summary of my service background before asking them to share theirs. I served in the Marines from 2003-2007 and deployed to Iraq and Afghanistan. Next, I joined the Army National Guard where I served from 2007-2013. In 2008 while preparing for a deployment to Iraq with my Guard unit I suffered a mental health episode that required hospitalization after an attempted suicide. A three-year process of medical boards finally resulted in my 70% rating for PTSD.

While working with my clients from VA Claims Insider, I have been surprised to learn how little many veterans understand about PTSD. Here are some examples and common misconceptions from my own experience that many people have.

#1. I thought you had to experience heavy combat to apply for PTSD?

The military is a dangerous place to work in general. I speak to Veterans who have experienced a spectrum of trauma including; work site accidents, random violence, sexual assault, combat, and more. I fought through the Second Battle of Fallujah, Iraq in 2004 as an infantryman. 51 Marines and Sailors in my battalion or attached to it did not return after the less than four months we spent in Iraq. The impact from that deployment will affect me for the rest of my life, but the casualty rate my unit endured is not exceptional if I compare it to the Veterans who hit the beaches on D-Day.

Comparing yourself to Rambo may result in overlooking help and compensation you deserve. Most of America has no experience with the pressure of being killed or maimed by an IED, they have never lived through an indirect fire attack or responding to scenes of graphic carnage resulting from any number of possibilities. Sailors can disappear underway, cooks work around sharp objects, MPs respond to suicides, Veterans get crushed by crates and ran over by vehicles, etc.

If you experienced at least one traumatic incident during your time in service and can relate to symptoms on the CFR, my advice is to schedule an appointment for mental health at the VA and tell them you think you might have PTSD. The VA website also has some valuable information regarding PTSD and what you can qualify for.

#2. I don’t want to risk being rated at 100% because it comes with work restrictions

Being rated for PTSD at 100% does not automatically result in work restrictions. Work restrictions come with the individual unemployability program. This is seen where a Veteran whose condition makes working impossible is temporarily paid at the 100% level until their symptoms improve.

This is one of the common PTSD misconceptions people have about being rated for PTSD. The government can only take away your guns if you are found to be an imminent threat to yourself or others, or have been 51-50d, committed to a hospital by law enforcement for being outside of your control. The overwhelming majority of people rated for PTSD can legally own guns.

#4. I experienced military sexual assault, and the VA probably won’t believe me

I work with clients who have not named their attackers and who have endured incidents from decades ago to the present. Tell the VA if you are a victim of sexual assaulted.

#5. Only women can apply for PTSD from MST

It happens to men. If you are a male who experienced MST, you are not alone. Report your history of trauma to the VA.

#6. People will judge me

Not if you don’t tell them. I’m not ashamed of sharing my story but many people are, and that is understandable. Military culture relating to PTSD and mental health conditions for purposes to include retention, as well as society in general for some reasons can pressure a person into not seeking the help and compensation they deserve. I experienced that firsthand, and it almost cost me my life.

Many people who have PTSD suffer in silence. Their symptoms are known only to themselves and can be invisible to their friends and close family. You are under no obligation to share your PTSD diagnosis with anyone, including your employer. If you don’t feel comfortable sharing about your PTSD, then it’s none of their business.

If you have PTSD seek help and keep up with your appointments. If you are in crisis call the VA Crisis Hotline at 1-800-273-8255 and press one to talk to someone. You are not alone. 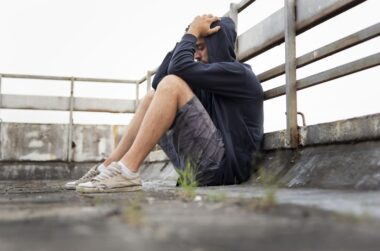 “Is PTSD a disability?” Many veterans ask this question, and the answer is absolutely yes. Post-traumatic stress disorder is not only disabling to many veterans, but is an official ratable... continue reading 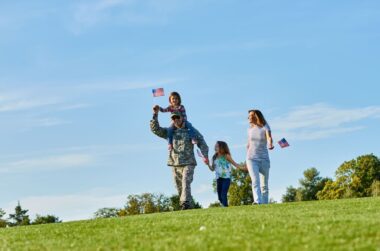 VA Survivor Benefits: What is VA DIC, and Am I Eligible? [2021 UPDATES]