Your VA Claim May Be the Best Investment You Ever Make

Here’s what you need to know about your VA Claim: Over the past few years, we have seen countless cases where Veterans are hesitant to file or refile for the VA Disability Claim they deserve from a feeling of unworthiness. We have proven that NOT working towards your VA claim (that you deserve) can actually cost you money in the long run!

When I finished my enlistment in 2009 and filed for my disability for the first time I got a bad C&P exam and a 10% rating. This, despite the fact that I had strong medical evidence in my active duty military records. I assumed, like many, that that was just the way it was. I had no idea how underrated I was—I had no idea what my VA disabilities were worth. I didn’t know about the eCFR, or that I could request increases. I just took my 10% with that sinking feeling that I had just been screwed, but having no idea, I could punch back…

It wasn’t until some years later that I was called in for a routine re-evaluation of my disabilities and the C&P examiner doing that evaluation made it clear to me how underrated I was. I was shocked by what she had to say, but somehow not surprised. I knew I was getting a raw deal. I just didn’t know there was anything I could do about it. The indifferent and dismissive attitude of the C&P examiner who did my original exam left me feeling like the VA just didn’t care and that there was nothing anyone could do against such a careless, behemoth of a bureaucracy.

That began a year-long mission to get the VA disability rating and compensation I deserved! All told, being underrated cost more than $200,000. If like many, I had never realized how valuable my claim was (and your va claim could be), I’d still be missing out on over $2,000 a month in tax-free compensation. That’s $24,000 a year in lost income.

Disability Myths about your VA Claim

In our culture, too often, we think of disabilities compensation as a handout, instead of what it really is—an earned benefit that you are entitled to due to your service to the country. Fighting for the disability rating and compensation you deserve is not fighting for a handout, and it doesn’t make you a beggar. It’s standing up for what you already earned and are rightfully entitled to. Bear in mind we do not have these same cultural hang-ups when it comes to our GI education benefits.

It’s time to reframe the way we think about Veteran’s benefits and your VA claim! With social security and pensions combined the average American only receives ≈ $24,000 annually in retirement. A 90% rating—as I have—could literally double your income in retirement. That’s life-changing for you and your family.

Getting your VA rating right could be the best investment you ever make. It could also cost you (no exaggeration) hundreds of thousands of dollars if you don’t get it right.

Some people balk at the idea of paying for help with their claim. I know that even bringing this up will make some uncomfortable, possibly even angry. Many will say it should be free and they shouldn’t have to pay for help. And I’d agree; in a perfect world, you shouldn’t have to pay to get an expert who knows what they’re doing to help you get the rating and compensation you deserve.
However, I’d also ask, where have the free services available gotten you?

What other investment do you know that if you invest $4,500, you will get double that back annually every year? Not only that, but you don’t even have to pay until after you’ve won! Now think about how much it costs being underrated. Assuming you don’t pay for free simply isn’t true, you just pay a different way. And in both the long run and the short run, the numbers don’t lie—free costs you more!

I’m more proud of what we do at VA Claims Insider than I can adequately put to words. I’m also a proud husband and father that I can make a living doing something invaluable for other Veterans. If we were a Non-Profit, we’d have to spend all our time and energy continually begging for money—instead of fighting for our Vets. I would never try to make the argument that we’re cheap. We’re , and not by a long shot. We ARE a premium service.

But if you do the math, you’ll see that not only does it cost you less to work with us, but it doesn’t even really “cost” you a thing because you’ll be paying out of money you don’t have, that we’ll go win for you first! What other services do you know of that can do anything like that? 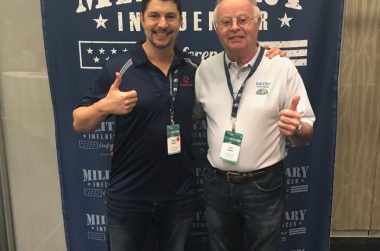 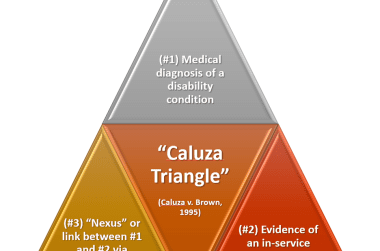