During Trump’s campaign, he promised to provide for Veterans, to speed up the lengthy process to file a claim. Is Trump changing Veteran Affairs? As many of you know and have personally experienced, the VA has long waiting lines and unresponsive agents. This can partly be attributed to the legislation in place for appeals not being updated since 1930, according to Dr. Davis Shulkin.

Recently, Trump has signed a couple of different bills to help speed up your waiting time and enact new policies within the VA. Those include the VA Accountability and Whistleblower Protection Act, Forever GI Bill, and the Veterans Appeals Improvement and Modernization Act. All three of these will help to change Veteran Affairs for the better!

How is Trump Changing Veteran Affairs?

In June, Trump signed this bill to improve the accountability of employees at the Department of Veteran Affairs. This bill will make it easier for supervisors to fire, demote, or suspend VA officials who are not doing their duty. According to President Trump changing Veteran Affairs, it will force VA clinics to post their wait times online, so you know exactly how long your wait is supposed to be. Along with that, every VA medical center will be receiving same-day health services.

“Veterans have fulfilled their duty to this nation, and now, we must fulfill our duty to them,” –President Trump changing Veteran Affairs at the time of the signing.

The change in this bill will allow you to use your benefits for a longer period. As well as, having the eligibility to give your benefits to more people for their use. Some other changes include the 15-year time limitation for use of Post 9/11 benefits eliminated, some work-study is permanently authorized instead of being forced to renew it, and the VA will identify more schools that offer priority enrollment.

Finally, he signed the Veterans Appeals Improvement and Modernization Act, which will make it easier for Vets to appeal their VA decision about the disability rating they received. According to the White House, there are 470,000 plus veterans who are currently waiting on a response for their VA benefits. Due to the signing of this bill, they should be getting the response they deserve in a timely manner.

The Chairman of the Subcommittee on Disability Assistance and Memorial Affairs spoke about this bill, saying that both parties were in agreement of passing this legislation. With the approval from both houses and our President’s signature, items should start moving forward quickly towards a new system. By having Trump’s signature on this new law, it will drastically modernize the dated system which has caused significant delays during the claims appeal process.

With President Trump changing Veteran Affairs coming into office, he promised to change things for retired Vets. Now we can see these bills just flying across his desk. This could partly be credited to Republicans having control of the White House, but we can obviously see that change is coming. More and more of our nation’s heroes receiving the support they deserve.

Tips you need to win your High-Level Review and Board of Veterans Appeal in 2020!

Get a HIGHER VA Rating in LESS Time!

Join our premier education-based Elite Membership and finally get the rating you deserve! 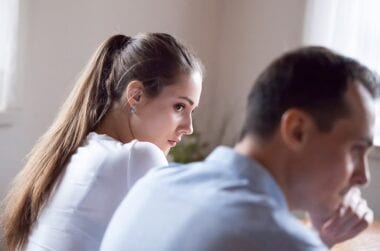