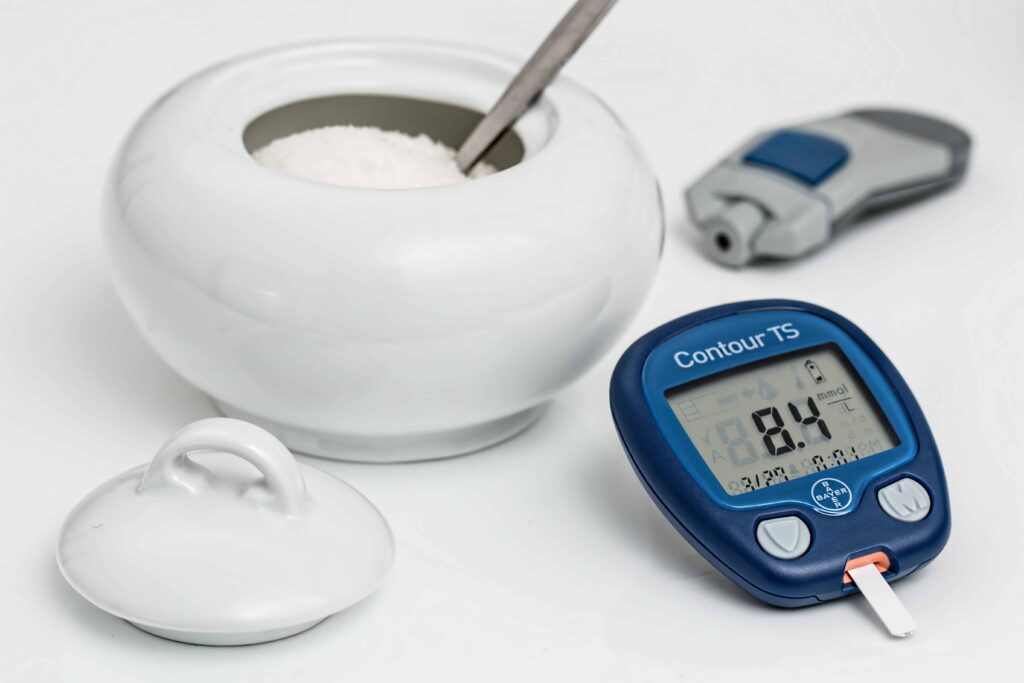 It is estimated that one in four Veterans have diabetes, according to the Department of Veteran Affairs. In fact, veterans are 2.5 times more likely than nonveterans to have diabetes which has led to the VA spending around $1.5 billion annually to treat this disease. Overall around 4% of the VA pharmacy spending is used on drugs for diabetes.

As of 2017, more than 20% of all health care spending was put towards treating diabetes.*

These statistics apply to diagnosed diabetes, but it is believed that there are many veterans who are suffering from a form of diabetes without knowing it. Because diabetes can develop into a very serious condition, it is important to know what to look for in order to determine if you should be checked out.

In this article, you will find the 5 things that every veteran should know about diabetes including, diabetes in its various forms, how to recognize it, and what benefits are available to you if you do have diabetes.

#1. Thing Every Veteran should know about Diabetes: What is Diabetes?

According to the Federal Practitioner, diabetes is the seventh leading cause of death in the United States. Many experts also believe it is the most under-reported. Diabetes is a chronic disease that prevents the body from properly producing or responding to insulin. Insulin is what takes sugar out of the bloodstream and places it into cells.

This results in the inability to process carbohydrates properly and elevated levels of glucose in the body, which, in turn, causes eventual damage to blood vessels and organs.

At least 25% of all Veterans have diabetes, with it estimated that many more are at risk to develop the disease. A leading factor behind this is the growing obesity rates among veterans, which is known as one of the leading developmental causes of diabetes. People with obesity are more prone to insulin resistance and B cell dysfunctions, the major contributors to Type 2 diabetes.

According to a study by East Tennessee State University that was published by the CDC (Center for Disease Control), diabetes is also associated with many chronic conditions, including cardiovascular diseases, stroke and other disorders which can lead to amputation. According to the study, the estimated annual cost of diabetes in the U.S. health care system is $245 billion.

It’s estimated that more than a third of U.S. adults, more than 84 million, have “pre-diabetes”, meaning they are at risk of developing Type 2 diabetes. Nearly 90% don’t even know it.

Over the past 20 years, diagnoses of diabetes have more than doubled with the factors of an aging population and increasing obesity being the main factor for the increase.

The rates of diabetes among veterans were most prevalent among older vets (65 and older), male veterans, those with less than 12 years of education, and among those with an annual income below the federal poverty level.

Those with the highest risk of developing pre-diabetes or Type 2 diabetes are those who are overweight, over the age of 45, are related to someone with Type 2 diabetes, are not physically active (less than 3 periods of activity per week), or have previously had gestational diabetes.

There is also an especially high chance of smokers to develop type 2 diabetes, with their chances 30-40% higher than nonsmokers.

There are also especially high rates among veterans of the Vietnam War due to the exposure to various herbicides during that time, including Agent Orange.

Diabetes doubles the chances of experiencing heart disease or a stroke for a veteran, with the risk coming at an earlier age. It’s also the leading cause of Chronic Kidney Disease, amputations of the lower limbs, and development of blindness later in life.

2. The thing every veteran should know: Types of Diabetes

There are three kinds of diabetes that you could qualify for.

Type 1 diabetes is typically diagnosed during childhood but can develop at any age. With Type 1 diabetes, the body produces little to no insulin. The body breaks down the food you eat into glucose but is still lacking insulin, which is needed to get the glucose from the bloodstream to the cells inside the body. With Type 1 diabetes daily injections of insulin are needed.

Type 1 is caused by an autoimmune reaction where the body attacks itself, destroying the cells in the pancreas that make insulin. It’s possible for this to occur for years before symptoms develop. Unlike type 2, type 1 diabetes is not caused by diet and lifestyle, but rather the passing on of certain genes or a trigger (i.e. a virus).

Other than family history, it is much harder to predict the development of type 1 diabetes, as the risk factors are not entirely clear. This type is much less common, appearing in only around 5% of people who have diabetes. At this time there are no known ways to prevent type 1 diabetes, although it can be managed by living a healthier lifestyle and getting regular checkups.

Type 2 diabetes, or hyperglycemia, is where the body’s blood sugar levels rise higher than normal. This condition usually develops in adults. With Type 2 diabetes the pancreas no longer makes enough insulin to get blood glucose levels to normal. This is because the body may no longer respond well to insulin.

Somewhere between 90-95% of adults with diabetes have Type 2.

Like type 1, it is possible to have type 2 diabetes for years before symptoms begin to show up. Generally speaking, a high-sugar diet and a lack of physical activity over many years can create an environment within the body that can lead to the development of Type 2 diabetes.

(Diabetes mellitus Type 2 is also linked with agent orange. The exposure to herbicides can increase a Veterans’ chance of having Type 2 diabetes. If this is the case, there does not need to be a service connection between military service and diabetes.)

Gestational diabetes takes place around the 24th week of pregnancy when high blood glucose can develop in a woman who does not otherwise have diabetes.

Those at risk at developing gestational diabetes usually:

It is possible to live in a way that you can significantly lower your risk of having Type 2 diabetes. Exercising and maintaining a weight below levels of obesity will help tremendously. Also reducing the amount of sugar and cheap carbohydrates (such as potato chips) consumed will also help your body maintain health. As well as lowering the amount of high fat and processed foods eaten.

Information is taken from the American Diabetes Association

3. The Notable Symptoms of Veteran Diabetes

There are a many different symptoms associated with diabetes that you may want to look out for when determining if you should seek a diagnosis or not. While this is not an absolute list, many of these can be warning signs of diabetes:

Early diagnosis is key to helping lessen the effects of diabetes. If you believe that you have any of these symptoms you need to get tested.

All of these symptoms may not be present at once. For example, gestational diabetes many times have no symptoms.

In seeking benefits for diabetes you must have a diagnosis to start. Having a C-Peptide test done is the only way to accurately prove if you have Type 1 or Type 2. The C-Peptide test will determine your amounts of insulin and how well your body is producing it.

The VA includes Type 2 diabetes from herbicides on its approved list for Veteran benefits. In order to qualify to make sure you have a couple of things in place.

5. The VA Disability Ratings for Diabetes 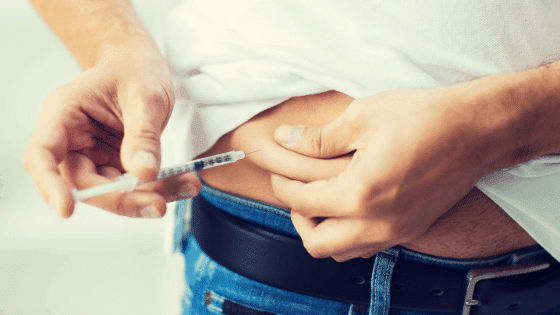 Diabetes is a pervasive chronic disease which has taken a major toll on the health of our veterans. With 25% of all veterans having been diagnosed, the odds are high that you are reading this and have experienced some symptoms of diabetes.

If you feel like you could possibly have diabetes, or if you have been diagnosed but have not yet received a VA disability rating, we would love to help you!

To read more about diabetes or other rateable conditions you can qualify for from the VA, check out 833 Rateable VA Disabilities. NOTHING is like this guide!

*All of this information and more can be found at http://www.fedpracdigital.com/federalpractitioner/data_trends_2017?pg=20#pg20 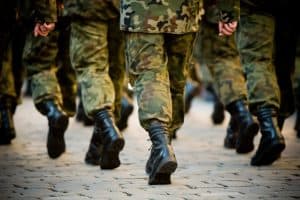 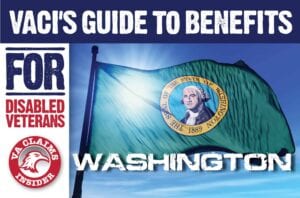 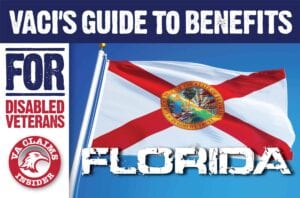