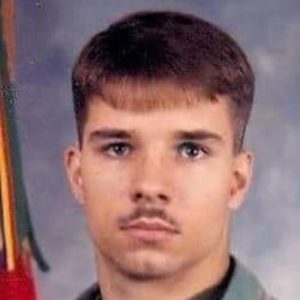 A little about Stephen

A retired veteran with 21 years of service to our country, I was both a US Marine and an Army combat medic.

After the Marines, I built homes and remodeled kitchens and baths for 25 years. I am president of a non-profit that provides peer-to-peer support and focuses on veteran suicide and PTSD. I’m also a member of the Missouri Veteran Suicide Prevention Team, teaching intervention skills under a grant program from the Missouri Department of Mental Health.

I chose VA Claims Insider because helping veterans is what I have been called to do with my life, and working with this amazing team allows me to do that full-time.

I love meeting new people and feel called to work with veterans. I have a good sense of humor and an intuitive & empathetic nature that allows me to better understand what you are trying to communicate. I love Harleys and Jeeps, family time, and I have a strong faith in God.

I joined the Marines out of high school and served two enlistments as an 0481 Shore Party Specialist and then as a 6057 F/A-18 Hydraulics Mechanic. After 9/11, at 34 years old, I re-enlisted in the Missouri Army National Guard as a 68 Whiskey (Combat Medic). I served an additional 13 years, retiring in 2016.

I became a Marine because I wanted to serve, and I wanted to be a MARINE!! Although I had no combat as a Devil Dog, I was on two med floats on the USS Hermitage & the USS Nassau. I also got to spend time on the flight deck of the USS Lincoln, and our squadron hosted the Blue Angels several times. I served during Dessert Storm but was CONUS at MCAS El Toro.

In the National Guard, I served with the 1140th Engineers, 205th ASMC, 206th ASMC, 35th Infantry Division, and 110th MEB. I went to New Orleans after Katrina and was there during Hurricane Rita. I deployed to LSA Anaconda with 206th ASMC in 2006/2007, returned home to serve as Medical Section Sergeant at 35th ID, and retired as Senior Medical NCO at 110th MEB.