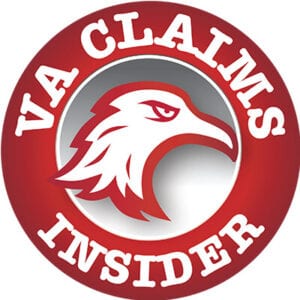 A little about Natasha

I am blessed with a US Army-retired husband, three amazing children, and one precious grandchild. I consider myself somewhat of a traditional woman modeled after the matriarchs of my family with a modern twist of living the typical American Dream. I thrive in the daily grind of

being an educated professional, but my greatest happiness comes from the simplicity of spending time with my loved ones.

I proudly served in the US Army at Ft. Myer in MDW for Presidential Missions in addition to basic Law Enforcement duties. My 2nd assignment was in Central America (Fort Clayton) as a Military Police Officer and Military Police Investigator as a soldier and civilian. After completing my time in service, I furthered my education to better serve others and my family.

My education, degrees, and national licensure allowed me to work with medically compromised patients in pediatric dentistry and then on to the field of education within the Allied Health Industry in Higher Education. After obtaining a Master of Education and Graduate Certification in Special Education and Gifted Education, I was blessed with the invitation to teach in both private and public schools in four different states for both elementary and secondary education.

Always looking for new opportunities to serve and for personal and professional growth, I decided in November of 2022 to join VA Claims Insider. I hope to utilize my experience as an educator and Army veteran to inspire and coach underrated and discouraged veterans to secure what they legally and ethically deserve.

I joined the Army at 20 years old after two long years of investigating which service branch would be the perfect fit. I served four years as a 95B-V5 Military Police Officer and Investigator. There was never a day that I regretted joining the military; I only ever regretted getting out.

I won a few competitive boards in my military career and earned a spot in the Soldier of the Post but declined to compete because it was against my fiancé the day before our scheduled wedding. Other than securing Soldier of the Battalion, Soldier of the month, and Soldier of the Quarter a few times, I was given a Certificate of Appreciation from the United States Secret Service for working in joint law enforcement Presidential Missions in Arlington National Cemetery. I also had the honor of driving for a few dignitary events such as the Army Ten Miler and to secure and escort the casket of Secretary Ron Brown from Dover Air Force Base to the Washington National Cathedral for his church service, after he passed away in the tragic plane crash of 1996 in Croatia.

I have several service-connected disabilities that were not claimed until 2019. I was unaware and uneducated about what counted as service-connected disabilities. I didn’t believe that after so many years of service, I could rightfully claim those conditions (despite my plethora of historical medical evidence and current diagnosis with continued and ongoing treatments). My experience through the process was embarrassing, uncomfortable, and foreign. I didn’t know what to expect or how to articulate my claims.

I was unaware of companies like VA Claims Insider that educate and coach clients on how to best represent themselves in securing what they are legally entitled to. This journey of rejection helps me better identify with current and hopefully future clients of VA Claims Insider.