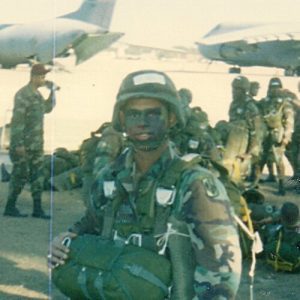 A little about Jaime

I was born in Cleveland, Ohio, but raised in a country town in Puerto Rico. The best decision I have ever made was joining the US Army in 1994, and I have been serving our country ever since.

After three years of active duty in Fort Bragg, I joined the Florida National Guard with numerous activations in support of the state and one deployment to Afghanistan. Before joining VA Claims Insider, I spent 20 years with the Transportation Security Administration (TSA) at the Tampa International Airport in the roles of Supervisory Transportation Security Officer (STSO) and finally as a Coordination Center Officer (CCO). I live with my wife of 20 years, my 18-year-old son, and my little Yorkie.

After my active-duty time, I’ve been working in the Customer Service field. First, I spent three years working at the Walt Disney World Resort. Afterward, I worked at the Shades of Green Resort, a Morale, Welfare & Recreation (MWR) hotel inside the Walt Disney World Resort for service members, DOD employees, and families, where I assisted in creating great experiences during their vacations in Florida. In the summer of 2002, TSA hired me to assist with the nation’s mission of providing safe airline travel while simultaneously providing the highest customer service to the traveling public.

I came to work at VA Claims Insider because I truly believe in our mission. I was a client before becoming a Veteran Coach. Like other fellow veterans, I experienced frustration navigating the VA benefits claims department before coming across this company. The process is much easier when somebody educates and guides you through the claims process. My coach and I celebrated when I won my first claim with VACI; it was an amazing feeling. I want to share that feeling with my fellow Brothers and Sisters in Arms.

At a young age, I always looked up to US soldiers. I joined the US Army in April 1994 at 19 years old for a better life and to travel the world. After completing Basic Training, Advance Individual Training (AIT), and Airborne School, I was stationed at Ft. Bragg. Summer of 1997, I left active duty and joined the Florida National Guard. My MOS was 13 B, Cannon Crewmember, Field Artillery.

I spent 14 years of my military career as a Cannon Crewmember (13B), reaching the rank of Sergeant First Class (SFC) at age 31. The most rewarding achievement in my military career has been meeting and getting to know so many outstanding United States veterans. There is no other better group of people than my Brothers and Sisters in Arms.

After my return from my deployment to Afghanistan in 2006, I submitted my initial claims and was awarded a 60% VA rating. But, in 2010, when I attempted an increase for my lower back disability, I was reduced to a 50% VA rating. That was a very depressing and frustrating feeling to receive that reduction rating.

In 2016, I submitted a claim for tinnitus and my overall rating went back to 60 percent. After spending four months researching VA claims online, I came across VACI. I immediately decided to have them assist me with future claims. I made the right choice. My coach helped me reach an overall rating of 80% in only four months. My family and I couldn’t be more satisfied with the outcome.