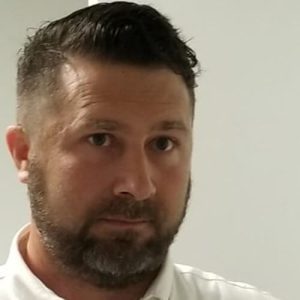 A little about Ash

People who know me well have described me as outgoing, charismatic, and gregarious. Compassion and empathy are some of my strongest traits and I am not shy about starting conversations with complete strangers. I also never turn down an invitation to play a round of golf or paddleboard a river.

I am proud to have a diverse past of careers. After the Navy, I got into the IT world for over a decade. That taught me how to treat people and, more importantly, how to troubleshoot problems. After that, I became a financial advisor, where I was able to help people and families with their financial futures. Those jobs were able to get me the life experiences needed to be a Veteran Coach.

I’m empathetic for the issues veterans face while trying to get the VA rating they deserve. I also can look deep into the VA system to determine the best favorable solution for my veteran clients and the determination to get it done until the very end.

After struggling for years with the VA claims process, I came across VACI and became a client. In a very short time, they helped me get the rating I deserved and had fought for. My coach, who I looked at as my friend, and the staff, have been some of the greatest people I have come across. After recommending VACI to a few of my Navy buddies, one told me they could see me coaching other veterans with their claims. This was a sign because I had already known I wanted to be a part of this family and pay it forward to the veteran community.

After getting out of high school at 17, I signed up for the US Navy with two of my high school buddies. The Gulf War was about to get underway and I knew I wanted to be a part of it. I was always proud that someday I would be able to serve my country and defend the values we all stand for as many of my family did.

Right out of boot camp, I was on my way to Operation Desert Storm as a fresh-faced signalman. I spent eight years in the Navy before ending my enlistment with them, and it was the greatest time of my life.

I was assigned to a small ship that had a lot of history. The friendships I made while on my ship have lasted for decades, and we always try to connect with each other in May for our ship’s memorial.

Veterans have an immediate way of connecting with each other that can instantly create new friendships. We have our own way of communicating, which, to the outside world, may seem strange or even rude, but it’s built on love, blood, and a sacrifice we all made. The bonds made with my brothers and sisters who I had the pleasure of serving with will always be with me.

I am a disabled vet with a 100% (P&T) VA rating–all with the help of VACI. PTSD has a way of affecting all veterans, and until I met with my coach at the time, I never realized that my military experience played a huge part in how my life went after service.

Trying to file claims on my own made me feel like I didn’t deserve VA benefits. The “help” you could find was someone who would help you fill out forms for what you told them or lawyers who would help fight the denial—not digging into your traumas and issues that needed to be claimed. VACI has been an absolute lifesaver, literally. And without their help, I would still be at a low rating or have given up entirely.