I’m a Veteran with PTSD, how do I file?

Are you a Veteran with PTSD?

It’s time to get real about the Mental Health disability, PTSD. PTSD and violence can affect people differently after leaving active duty. This is why it’s critical to be up to date on what you qualify for and what that looks like for you!

PTSD is a topic often avoided by anyone and everyone that serves in the Military.

Having a mental health issue in service carries a stigma with severe repercussions. It would hinder your military career, or even worse, get you kicked out of the service entirely. Does this sound familiar to you?

This leads to many Veterans to avoid seeking help or even admitting they need help for mental health issues while in the service. If you’re asking, can I work as a Veteran with PTSD the answer is yes, but you need to get the help that’s out there!

PTSD has many different segments you can look at when filing. PTSD, non-combat PTSD, and MST are all ways to file with the VA if you qualify.

What does that mean for a Veteran that has PTSD after they reach the end of their service?

It means that since they didn’t report the issue while in service, it will not be in their Service Treatment Records. But, even if the Veteran didn’t report it in service, there is help available for Veterans after they reach the end of their service.

If you are one of the veterans that didn’t seek help in service for Mental Health, you are not alone.

First, let’s go over the statistics:

As of 2019, These are the estimated numbers of Combat Veterans diagnosed with PTSD by the Department of Veterans Affairs.

PTSD wasn’t officially recognized until 1980 by the American Psychiatric Association. Since then, it has been the subject of intense scientific studies.

They concluded that the symptoms vary from person to person but almost always include:

When someone suffers from PTSD, they also suffer from what is called “triggers.”

Triggers are developed when a person experiences a fight or flight response to a dangerous or life-threatening situation. The brain basically freezes the moment in time to be lived over and over again.

Triggers of PTSD can send someone’s mind back to the memory of a particularly dangerous situation they were involved in.

Remember, the mind has that memory set on a paused replay loop. A trigger is effectively hitting the play button.

Triggers can include any of the five senses and include mental cues. Visuals, sounds, taste, touch, and smell. They can also be as simple as a thought, feeling uncomfortable, or just tripping over a curb. Been diagnosed with PTSD and need help filing a PTSD claim?

Click HERE now to learn How to File a VA Claim for PTSD.

What about non-combat PTSD?

Let’s face it. Serving in the Military can be dangerous at any given time while in service. Terrible things happen outside of being in combat. If you witnessed or experienced a traumatic event in service, you could and probably do have PTSD. The same symptoms and triggers apply to non-combat PTSD.

In both scenarios, even if you tried to report it, you were told to suck it up and carry on.

This typically results in someone thinking they are fine because everyone else seems to be. This, in turn, results in Veterans going years not understanding why they behave or feel the way they do.

They spend years using alcohol, drugs, even gambling, trying to make themselves feel “normal.” They bounce from job to job and are in and out of relationships because of various reasons.

If you even just think you might have service-related PTSD, get to the Doctor as soon as possible! Start getting the help you need, and get it documented in your medical records.

Click here to get help with non-combat PTSD claims

What is Military Sexual Trauma?

Unfortunately, this kind of trauma does happen in the Military, and it never should.

In recent years the VA has developed an increased awareness of MST.

MST is defined by the VA as:

PTSD is the most common mental health diagnosis related to MST.

The VA realizes that not all sexual trauma incidents are reported in the Military, therefore PTSD claims related to MST require less evidence due to the nature of the trauma.

If you are a victim of MST and didn’t report it while in the Military, it’s time to get the help you need. Go to a doctor as soon as possible!

Don’t know where to start with your MST claim? Click Here.

What else do I need to know as a Veteran with PTSD?

Once you get your PTSD diagnosed and documented in your medical records, it is time to file your disability claim with the VA. This can be a task that can feel like hitting your head against a wall if you don’t have help.

Guess what? VA Claims Insider has the knowledge and expertise you need to climb that wall and get to the other side successfully. We have helped thousands of Veterans get the benefits that they have earned and deserve! Don’t go it alone! We have the resources and the coaches that will help you win your claim! Get started today by clicking here!

Are You Stuck, Frustrated, and Underrated?

You are not alone! We are Veterans Helping Veterans Worldwide. Become a VA Claims Insider Elite Member now and work with an expert-level Veteran Coach (VC) to get the VA rating YOU deserve in less time. 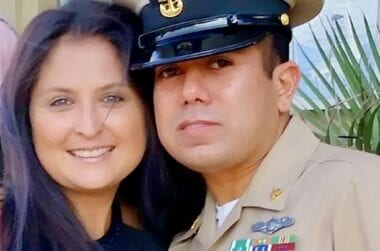