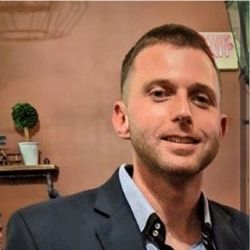 Schedule a Call with Travis Signup for Elite

A little about Travis

Travis Brobst joined the Army National Guard at 17 years old. (He was enlisted by signature of his parents) He completed basic training before his senior year of high school. He remained from 2008-2012. His motivation was to serve and get out of the house! The Army taught Travis  a lot about discipline and working hard. What he has  learned during his military career about discipline has followed him  into his private life and it is the reason that he has been able to accomplish many of the goals that he set forth!.

After the Army, Travis  was a public school teacher for 6 years and still currently teaches college as an adjunct professor. Travis obtained an Education Specialist Degree and he is currently finishing his doctorate in education. Travis began working for VACI in December 2019 and currently serves as the Training Manager.

“This organization helped me and I want to give back to the veteran community. I love to educate veterans about the benefits they deserve, it is the absolute best feeling ever!”