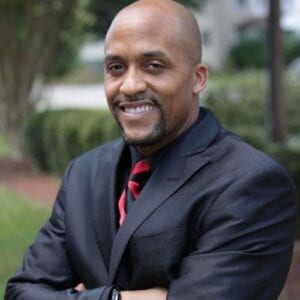 Signup for Elite with Regginald as Your Coach

Reggie is a US Navy Veteran who served one enlistment. His background in search and rescue and in navigation as a Operations Specialist. Reggie also worked in launching and recovering F-18 Superhornets.

After leaving the Navy, Reggie became a car sales executive for over 9 years. Him and his wife  have a real estate business where they hold real estate licenses for their company. Reggie has accomplished a  Bachelor’s degree in Business & Marketing and a Master’s in Public Relations and Advertising. His 18+ years of sales experience and customer service contribute to his success as a Veteran Coach.

Reggie is a  disabled veteran, and rated at 90 percent. Just like you, he is currently a client with VACI. His experience has been awesome, to the point he has joined VACI!

“I chose to work with VACI because previously I was getting help with another company who did not do what they promised to do with my VA Disability claim. I wanted to make sure that never happens to any other veteran.“

Signup for Elite with Regginald as Your Coach