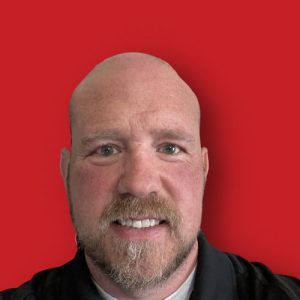 A little about Brian

I was born and raised in Southeast Arkansas. The Army brought me to Kansas, where I have lived since 1997 (except for a hardship tour in Korea). I met my wife, Kelley, in 2002, right after I finished my military service. We have two awesome kids: Sierra and Blake, and two dogs: Coco and Cookie. I love hunting, fishing, golf, and football. Go CHIEFS!!!

I was a Military Police Corrections Specialist in the Army, and following my service, I continued working in the law enforcement profession. Working my way up from Detention Officer to Chief of Police and then Undersheriff, I’ve met, worked with, and helped more people than I can count. Working in law enforcement provided me with a lot of experience in communication, problem-solving, psychology, empathy, and duty.

I left law enforcement at a time when my service-connected disabilities would no longer allow me to continue in the profession. I joined VACI as an Elite Member in June 2022 because I was worn out from fighting for what I deserved. VACI provided me with everything I needed to stay in the fight and also provided me with a sense of belonging. Belonging to a rapidly growing group of like-minded men and women because of their own personal experiences. Working for VACI gives me the opportunity to pay it forward every day in hopes that others will not have to fight the battles I continuously lost for over 16 years.

I enlisted in the Delayed Entry Program as a Military Police Corrections Specialist while I was in high school. I wanted to work in law enforcement, but I wasn’t 21, so I followed in my dad’s and brother’s footsteps and joined the Army. I was medically discharged after four years and five months of service due to injuries sustained while I was stationed in South Korea. I worked at the United States Disciplinary Barracks, except for the 14 months I served in the ROK.

Drill Sergeant James Tyler (now CSM James Tyler) was, and still is, the most inspirational person I have ever met in my life. During Basic Training and Military Police School, I was a Platoon Guide for 14 of the 17 weeks, and ended up graduating as an Honor Graduate and was promoted on graduation day to E-2. I owe all of that to the leadership of DS Tyler.

I have several service-connected disabilities, including PTSD, bad knees, bad back, and bad shoulders. I gave 100% to the Army, and I expected the same in return. But, when I was broken, the Army would not help heal me. I was medically discharged with a 0% rating. I filed my first VA claim in 2002. At the time, I believed the VA didn’t want to help me, because those claims were all recognized, but at a 0% rating. I gave up.

I continued the fight a little over ten years later with the assistance of several VSOs. But I still didn’t get what I felt I deserved. In 2018, I finally made it to 80%. In 2022, I joined VACI’s Elite Member program and quickly realized why I had lost so many of those battles. It wasn’t entirely the VA’s fault. In fact, the majority of it was my fault, with a little bit of the fault resting on the shoulders of the VSOs I had used. I didn’t understand how to file a successful claim.

In less than two months, I achieved my first increase to 90%. By the time that occurred, I had already identified seven other conditions that I could file for. It’s no longer a question of “if”; rather, it is a question of “when” my rating will be 100% P&T.

VACI isn’t just a life-changing experience for me. It is also life-changing for my wife and kids. Since joining, I now understand why I am the way I am, and I can clearly see the pain and suffering I caused others over the years. It takes time to change, but VACI has started me down the path of being the man that my wife married two decades ago.